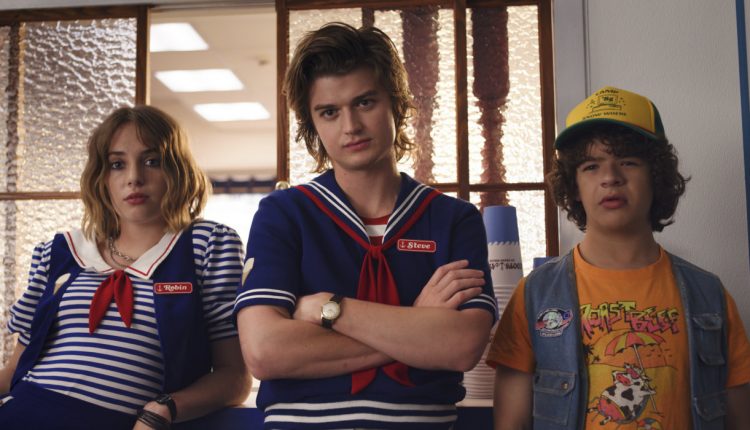 This 4th of July weekend got flipped, turned Upside Down because Stranger Things 3 arrived on Netflix!

It’s the summer of ’85. Despite closing the gate to the Upside Down at the end of season 2, the citizens of Hawkins, Indiana have multiple new threats to face. Mainly capitalist retail in the form of Starcourt shopping mall and budding romance.

The kids are growing up and Hopper has to endure Eleven and Mike battling their hormones. To Will’s dismay the rest of the group prefer hanging out at the mall than play Dungeons & Dragons.

After some missteps in season 2 (mainly Chapter Seven: The Lost Sister), it is a genuine pleasure to see Stranger Things 3 hit the ground running and immediately bring us back to the 80s.

Music, fashion, pop culture and set design transport us to 1985 the same way Marty McFly found himself in 1955 in BTTF. It creates that sense of nostalgia that is familiar, fun and comforting.

In Midnight in Paris one of the characters defined nostalgia as “… denial. Denial of the painful present. The name for this denial is Golden Age thinking – the erroneous notion that a different time period is better than the one ones living in – its a flaw in the romantic imagination of those people who find it difficult to cope with the present.”

The appeal of Stranger Things to many is that it reminds them of a simpler time. When they were young and without the cares and worries of adulthood. It provides an escape from the pain, misery and frustration that greets them every time they turn on the news.

Sure the residents of Hawkins have problems. However these are fantastical in nature and not dissimilar to those faced by Buffy and the Scooby Gang in Sunnydale. Albeit with Eleven in the role of Slayer.

With the extended roster this time round, the Duffer Brothers wisely split them into teams with their own subplots. These include a possible Red Dawn-style Russian invasion and the return of the Mind Flayer. Complete with genuinely icky body horror reminiscent of 80s legends Carpenter and Cronenberg.

With the cast growing up in front of the audience, the show tackles coming-of-age with the same skill as they do demigorgons. Allowing us to engage with them as they deal with growing up, growing apart, loss and grief.

David Harbour and Millie Bobby Brown continue to excel and strengthen their bond as they struggle to naturally fit into the roles of father and daughter. On the flip side, season 2’s unexpected delight, the combination of Steve Harrington and Dustin, continues to pay dividends.

With so many established characters it might seem impossible for a newcomer to make an impression, let alone steal the show. However Steve’s Scoops Ahoy co-worker Robin (Maya Hawke) is smart, sharp and sassy. Dispensing quips and truth bombs as easily as she dispenses ice cream to the masses.

As with many sequels, the tone is darker for Stranger Things 3 (and some of the lighting to be honest), but it is also the slickest and most fun season so far.

It might seem like the action was tied up in a neat narrative bow at the end but the post-credit sting hints that this series might not be a stranger for too long.