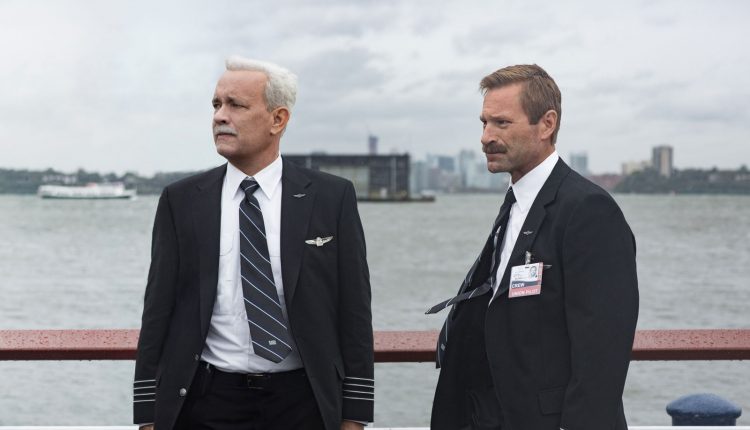 There’s no question the miraculous water landing of US Airways flight 1549 is bursting with cinematic potential. On 15th January, 2009, a passenger jet piloted by Captain Chesley Sullenberger was struck by a flock of birds shortly after take-off, destroying both its engines. With the nearest airport just out of reach, Captain Sully did something no pilot had ever before attempted: successfully landing the plane on the Hudson river, saving the lives of all 155 passengers and crew on board and transforming himself into an American hero.

It was the kind of breathless spectacle that even James Cameron would struggle to dream up and it’s no surprise the film rights were immediately snapped up. Yet the resultant movie is not quite the edge-of-your-seat thriller it could be. For starters, the entire event from start to finish clocks in at about 208 seconds, which leaves quite a lot of screen time in need of padding. How to convincingly fill that time is something Sully struggles to achieve, resulting in a plodding procedural that wastes a superlative lead performance from Tom Hanks.

Make no mistake, the crash itself is cuticle crunching stuff, which perhaps explains why director Clint Eastwood frequently replays the event during the film’s many lulls. Passengers exchange panicked glances, stewards scream “BRACE, BRACE”, Captain Sully delicately manipulates the controls and water surges up the aisles as the plane slams into the river. The entire sequence is executed with pinpoint precision, making you feel like you’re really one of those passengers desperately clinging to your seat for dear life.

The problem is there’s no real tension here. We already know everyone makes it safely back to dry land, which means the story unfolds in a predictable fashion. Keenly aware of this snag, Eastwood and screenwriter Todd Komarnicki try to amp up the drama by focusing on the aftermath of the crash as Sully is hauled before the National Transportation Safety Board to explain his actions while also being paraded around the media as a hero.

It’s here that Hanks really shines, the veteran thespian once again plumbing his deep wells of charisma to convincingly convey the struggle of a hard-working man who’s uncomfortable being cast as a hero and who privately worries he doesn’t deserve the adulation.

What’s not so impressive is the depiction of the NTSB as the villains of the piece. It seems that notorious Libertarian Eastwood is determined to force Captain Sully’s story into an anti-establishment agenda, with the suited investigators immediately treating Sully with suspicion and forcing the data to back up their claims. Not only is this wilfully inaccurate, it entirely betrays the Captain Sully’s version of events.

As an intimate portrayal of the nature of fame and how an act of heroism can weigh heavily on those who perform them, Sully is utterly absorbing to watch, largely thanks to Hanks’ masterful performance. Sadly, Eastwood spends far too much time manipulating events to fit his political views, preventing this truly extraordinary story from really taking off.