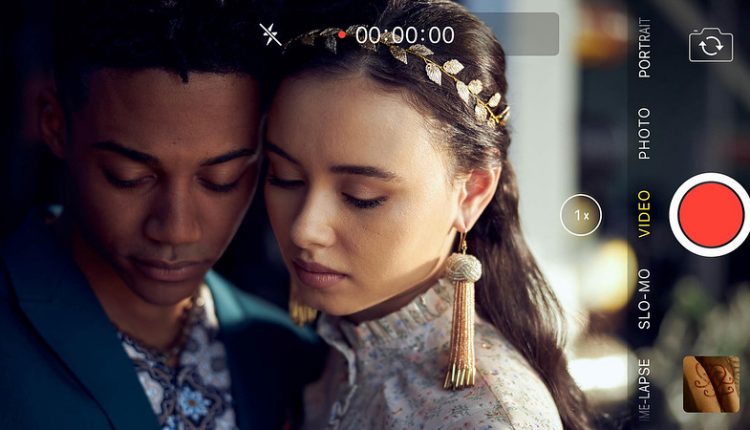 With William Shakespeare’s Romeo & Juliet being such a classic tale, it has been adapted and retold countless times. Modern audiences will surely undoubtedly refer to Baz Luhrman’s 1996 adaptation for a slice of tragic romance. However, Carey Williams‘ directorial debut film dares to go one step further – an adaptation for zillenials.

Taking place solely via smartphones and social media, R#J sees the Montagues and Capulets respectively reimagined as Black and Hispanic characters embroiled in a long-standing war. Their brawls are now street fights and when (police) Captain Prince intercedes, their live story and real-time comments easily tap into the urgency of social media.

Enter our ‘star-crossed’ lovers – the lovelorn Romeo (Camaron Engels) pines for his ‘thirst trap’ crush Rosalind and endlessly checks his DMs for one word from her. Meanwhile, Juliet (Francesca Noel) is an abstract artist who posts her projects on Instagram while mourning her mother’s recent death. It is not until a Día de los Muertos party and an obscure hashtag that brings the two together. And forget fish tanks and ballads; in R#J, all it takes for Cupid to strike is one look through a person’s Instagram account.

Considering Romeo and Juliet focuses on a forbidden, secret relationship, R#J‘s protagonists share flirty messages, comments and GIFs. The lack of face-to-face interaction on-screen between them retains a sense of secrecy that mostly works in their favour. Regardless, this approach restricts the cast’s expressive performances and Noel and Engels’ sweet chemistry. Instead, we see conflicts via live stories and even family members communicate via text. This ultimately kills the passion or tension of a direct confrontation, which makes it easy for someone to walk away…by switching off their phone.

However, Williams uses the modernised settings to further develop the story. Not only does R#J strays away from the play’s traditional Caucasian cast, but it offers the root of the Capulet-Montague war via archived news pages. In addition, characters text normally and even use Spanish. This subsequently allows them to convey thoughts and feelings with a relatable sense of humour. For those pondering R#J‘s faithfulness to Shakespeare, spoken dialogue incorporates his famous prose with mixed results.

Williams retains modern technology at the forefront of R#J to the extent that even a missed call or weak signal is a matter of life or death. Social media is the main form of connecting with others, but key plot moments appear as alerts and notifications. With so many sources pitching into the tragedy, misinformation and trolling quickly overshadow the situation, which unsurprisingly takes a toll on the eponymous lovers. But Williams’ creativity peaks at R#J‘s ending, the circumstances of which makes it all the more poignant.

Sundance 2021: Prisoners Of The Ghostland – Review