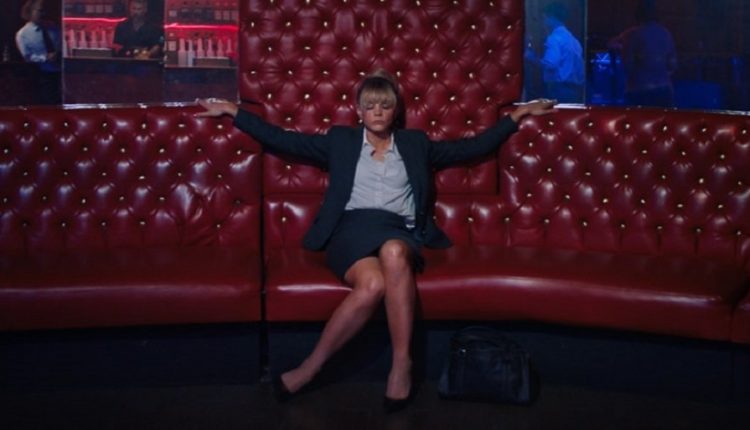 In a time when one in five women suffer sexual assault, Promising Young Woman offers an avenging angel.

The film opens to the khaki-clad crotches of ‘bros’ humping air in a sticky-looking club. Cassie Thomas (Carey Mulligan returning to Sundance nearly a decade after her breakout role in An Education) slumps on a leather couch. Cassie’s arms stretch out as if she is a modern-day saviour sacrificing herself on an altar. Thankfully the ‘nice guy’ at the bar comes to her rescue (Adam Brody, grown-up from his bumbling days on The O.C.). He offers to help her to her home, so those ‘other guys’ don’t take advantage of her. Good thing he found her first. However, expectations are quickly subverted when he guides her barely conscious to his bed. As he assaults her, he repeats: “It’s okay.” No. And Cassie interrupts with an entirely sober response. Men beware, you have consequences.

The larger arc focuses on Cassie’s absent best friend, Nina. Details of Nina’s past emerge, and Cassie fixates on that earlier time, unable to move forward. At 30, she lives with her parents (Clancey Brown and scene-stealing Jennifer Coolidge with pitch-perfect comedic timing) and works (poorly) as a barista while resisting the advancement offered by her caring boss (Laverne Cox). New love interest Ryan (Bo Burnam, another Sundance veteran) offers potential hope.

Cassie obsessively focuses on avenging Nina, delighting audiences as each wave of revenge unfolds. Roman numerals punctuate the latter half of the film, adding structure to what could have become muddled in different hands. Each instalment explores another part of the system that surrounds the boys and men who harm women. Reactions at times veer into caricature (Max Greenfield, I’m looking at your character), but the overall impact works well.

In the time of #MeToo, Promising Young Woman will have an eager audience.