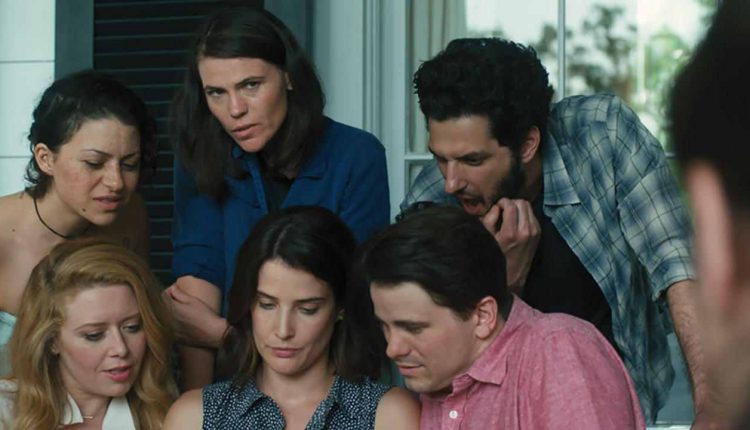 Known for her roles in The Faculty, Argo and HBO series Carnivàle, actress and writer Clea DuVall is making her directorial debut with this dysfunctional comedy-drama.

The Intervention focuses on four couples who retreat to a family home for a weekend.  However, one of the couples – Ruby (Cobie Smulders) and Peter (Vincent Piazza) – realise that the others have arranged the getaway to stage an intervention on their troubled marriage.

At first glance, there is very little originality – there are love triangles, troubled relationships and personal issues that are designed to deter the audience from the eponymous intervention.  The small glances between the characters as Ruby and Peter bicker, not to mention the comedic awkwardness of alcoholic Annie (Melanie Lynskey), adds to the discomfort.  So much so, the audience practically wills the story to confront the issue at hand to alleviate the tension.

However, DuVall plays it safe, featuring characters with relatable issues.  With her sharp and witty script, she nicely captures how relationships experience problems.  Whether it is due to commitment doubts or insecurities, DuVall effectively reminds audiences that love is not all smiles and sweetness, while keeping it from becoming cynical.

The film has solid performances from its ensemble cast, with Lynskey’s Annie as a standout, and thanks to the Sara Quin’s soothing soundtrack and the dreamy, picturesque landscapes, DuVall provides a serene, mellow and calming environment for the bitchiness that ensues.

Overall, The Intervention is a sweet and bittersweet drama, marking a comfortable debut for DuVall’s directorial career.