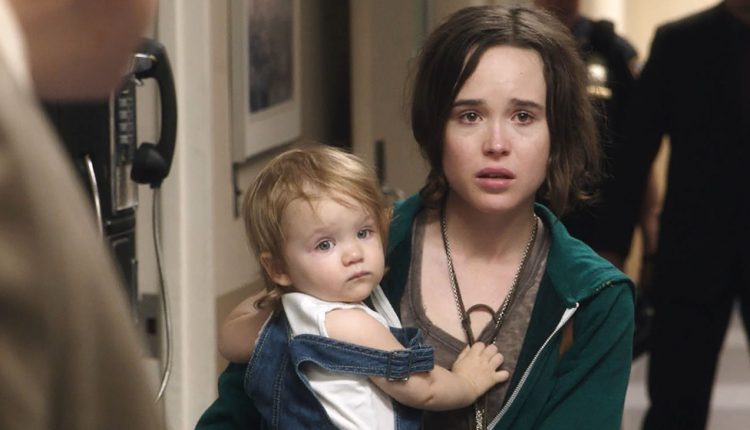 By Katie Smith-Wong On Jun 2, 2016
1
Share
The last time Ellen Page and Allison Janney starred in a feature together involving a baby, it won an Oscar.  Nine years later, the duo reunite to star in filmmaker Sian Heder’s feature Tallulah, a spin-off of her 2006 short film Mother.
In the film, the eponymous Tallulah (Page) is an aimless wanderer, who chooses to live in her van and be free of responsibilities.  After the departure of her boyfriend Niko (Evon Jonigkeit), her life suddenly changes as she impulsively rescues a baby girl from wealthy yet irresponsible Carolyn (Tammy Blanchard).  With nowhere else to go, she visits Niko’s mother Margo (Janney) for help.
Despite being based on her own short film, Heder’s script lacks punch in places.  There is not enough dialogue to evoke empathy with any of three women and it is a shame, given the emotional premise.
Seeing the dynamic between the three women, their situations are very similar – they are in certain circumstances that they are not happy with, but choose to settle rather than confront their demons.   Heder’s picturesque direction of New York captures the loneliness of the three women as they try to improve their lives, even though attempts tend to result in disaster or embarrassment.  All three share a lack of self-esteem, somehow dependent  to the significant others in their lives – emotionally or financially – but when it comes to baby Madison, their maternal instincts kick in and they try to pull themselves together.  This shows the strong emotional attachment they have to the child and despite their personal intentions, they strengthen as characters.
The casting is wonderful.  Page’s morally conflicted Tallulah is a great foil for Janney’s embittered Margo, as the former wants their latter to rise up from her separation, while Margo gets the youngster to mature.  All the while, Blanchard’s insecure Carolyn is emotionally charged throughout the film, as she is forced to disregard her personal insecurities and accept her new role in life.
Overall, Tallulah is deeply affecting with great performances from its leading ladies.