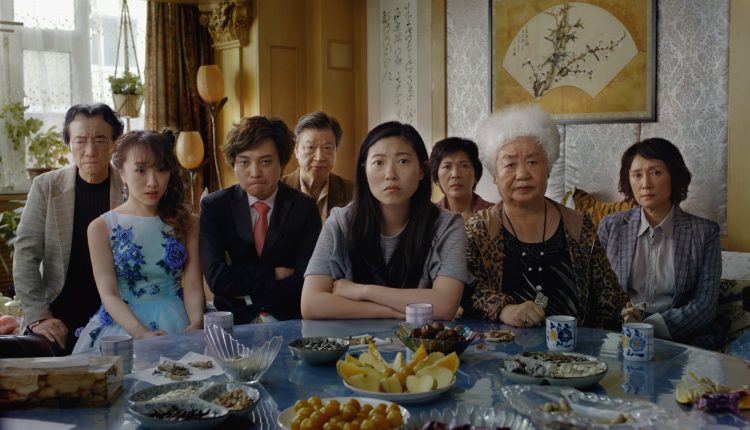 In her second directorial feature, Asian-American filmmaker Lulu Wang explores the cultural divide between East and West in The Farewell. Starring Awkwafina, the film follows China-born, US-raised Billi, who travels back to China after her grandmother Nai Nai is unknowingly suffering from cancer. As the family gets together for a ‘wedding’, Billi and her family prepare to say goodbye.

While this can be seen as an awkward dramedy, The Farewell not only highlights the conflict of East versus West but also how this affects the older generations of immigrant families. While Billi’s father and uncle respectively settling in the US in Japan, Wang’s sensitive dialogue demonstrates their clashing attitudes and how life away from China have changed them. This discomfort increases the underlying tension behind the reunion while the only person who seems to have a trouble-free narrative is, ironically, the lively Nai Nai (Shuzhen).

The almost abrasive conversations between Billi and her mother Jian (Lin) highlight their different upbringings. Jian insists their secrecy won’t affect Nai Nai but Billi feels that her grandmother should know. The fact that the rest of the family are reluctant to intervene indicates that they share Jian’s point of view, offering a bleak contrast to Billi’s emotional conflict.

However, Billi isn’t like most of her family. Seen as too western to be Asian, her passion for writing doesn’t sit well with her career-orientated relatives. However, her offer to care for Nai Nai is instantly shot down. She may not be completely familiar with her parents’ way of life or fluent in Mandarin, but it doesn’t mean that she cares less. With a blank expression and indifferent nature, Awkwafina’s subdued performance speaks volumes as that leaves audiences guessing the outcome. In a simple yet effective scene with her uncle, Billi’s repeated response highlights her resignation towards her silence and frustration in not being able to break it.

Through Anna Franquesa Solano‘s beautiful cinematography, The Farewell cleverly enforces the idea of family and brings in elements of Chinese culture not commonly seen in Western cinema. Her intimate shots of the family’s close-knit dinners, an emotionally fraught wedding and a visit to pay homage to the family patriarch visually remind audiences of Billi’s heritage. Combined with Wang’s natural screenplay, The Farewell offers a relatable tale of dysfunctional drama with a refreshingly contemporary Asian angle.

A remarkable, relatable and poignant drama, The Farewell is stunning in its simplicity with Awkwafina delivering a performance that showcases her talent.