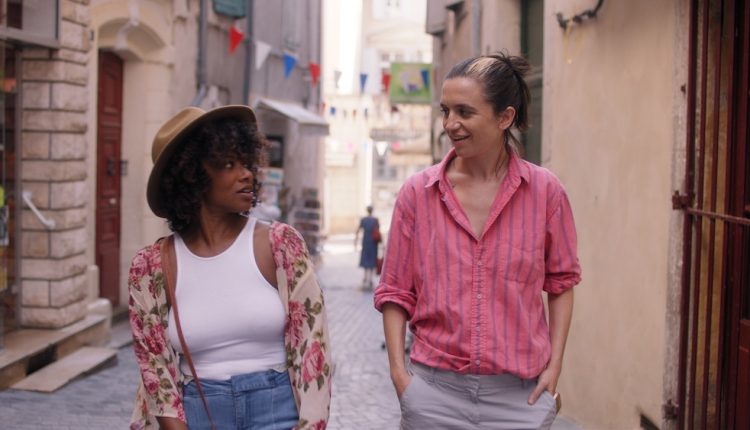 Ma Belle, My Beauty takes place in southern France, where Bertie lives with her jazz musician husband Fred (Lucien Guignard). However, she is unhappy – not only is she an African-American woman in a small, predominately Caucasian town, but she is unsure of her career with Fred. With her issues hindering a planned tour, Fred’s concerns cause him to reach out to Lane, whose disappeared two years prior and as a result, broke up with Bertie.

From the outset, the relationship between Lane and Bertie is intriguing. Despite their evident chemistry, their breakup is still a sore subject for Bertie. In addition, Lane is unsure of her capacity to ‘help’ her ex, despite Fred’s insistence. But we soon see that their emotional issues are not the only thing causing problems between them.

Bertie’s unhappiness extends to her career and subsequently, her marriage. Her reluctance in performing becomes sidelined by Fred’s growing success, hinting that she needs as much, if not more, attention on her. She also shows a possessiveness that suggests her dissatisfaction with monogamy. This leads her to openly admit to missing sex with women and cause further friction with Lane.

With a dress sense reminiscent of Diane Keaton in Annie Hall, Lane hasn’t matured in their time apart as she refuses to commit to a long-term future. It is not until Noa comes into the equation that Lane comes to a shrewd realisation about her former co-dependent relationship and takes action.

Hill’s delicate screenplay increases the focus on Ma Belle, My Beauty‘s direction and cast. Through her beautiful direction, she subtly visualises a summer love story (blending A Bigger Splash and Call Me By Your Name) amid sun-soaked French landscapes. Along with the cast’s sensitive performances, Hill creates a carefree ambience and somewhat romantic playground for lost love.

Overall, Ma Belle, My Beauty spins a quiet tale on heartbreak amid polyamorous relationships. However, it feels like an all-too familiar story and therefore lacks emotional punch.