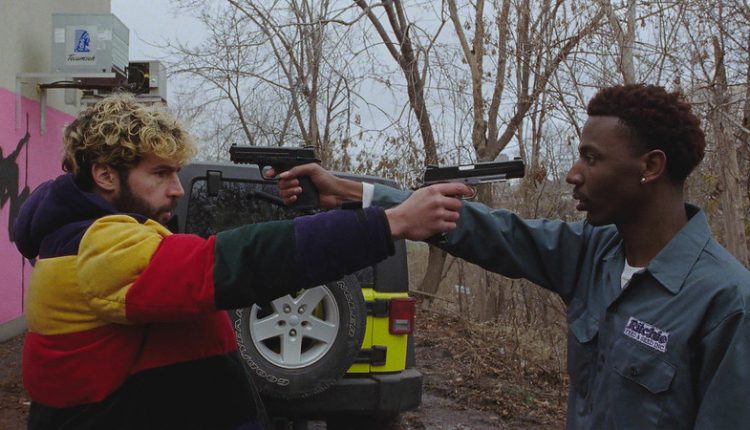 The directorial debut of American stand-up comedian Jerrod Carmichael, On the Count of Three follows two depressed best friends Val (Carmichael) and Kevin (Christopher Abbot), who plan to kill themselves after living out ‘one last day’.

On the face of it, Val and Kevin could not be more different. Kevin is committed in hospital, driven by suicidal thoughts due to unspoken trauma. On the other hand, not only does Val have a job and home, but he quickly receives a promotion. Unfortunately, he is as unhappy.

Their differences continue to shine once they hit their road. Kevin’s encounter with a former bully feeds his anger with the world. Meanwhile, Val chooses to ignore his girlfriend Tash (Tiffany Haddish), who is newly pregnant. When trying to show his financial support, her harsh truths hinder Val’s plans. She subsequently represents the support that both men need – it is a shame that only one of them receives it.

As the pair embarks on tying up their loose ends, the pace of On the Count of Three bounces from one place to another. It is sometimes hard to stay ahead of the characters’ mentality, highlighting gaps in Ari Katcher and Ryan Welch’s narrative. Therefore, the film restricts the significance of supporting characters such as Val’s estranged father (J.B Smoove) and Kevin’s former therapist (Henry Winkler), frustratingly leaving certain plot elements in limbo.

In addition, the uneven screenplay highlights their co-dependent friendship. Not only are they lifelong friends, those who are supposed to help them – whether it is an adult or healthcare worker – let them down. In their eyes, all they have are each other, and they sadly come across as a toxic bromance. In this respect, Carmichael’s gritty and bleak direction suits the premise, echoing there is little optimism in their lives and their dark thoughts continue to loom over them.

Overall, On the Count of Three tries to lighten a serious and overly bleak narrative. Despite Carmichael’s directorial attempts, the film fails.