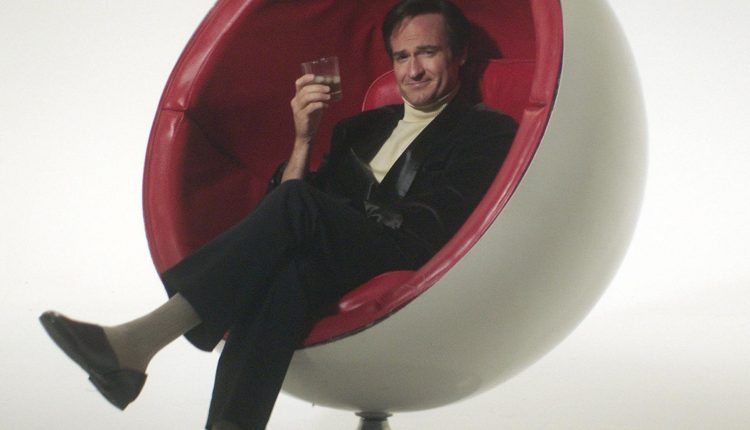 Australian enigma George Lazenby is best known for what he didn’t do rather than what he did. His decision to turn down a multi-film Bond contract that would have made him a millionaire has long been mocked, when anyone remembers him at all. Becoming Bond places him back centre stage to tell his own story in Josh Greenbaum’s, funny, innovative, and straight up brilliant documentary.

To call it a documentary isn’t entirely accurate. The basic premise sees Lazenby sat in a chair narrating his life story from first memories up until he walks away from Bond after On Her Majesty’s Secret Service. So far so conventional, but Greenbaum chooses to recreate events from his life. We watch along while Lazenby’s voice weaves the magic, with a number of actors, most notably Josh Lawson, playing a younger George. There’s even a role for Jane Seymour as the agent who helps make him.

The tone from the start is irreverent, the reconstructions played for laughs with winks and nods to camera, and perfectly timed mugging. It’s all very funny, but only because Lazenby is so engaging himself. He has a fascinating blend of self-deprecation and colossal confidence, telling stories that could have been embarrassing but instead end up side-splittingly funny. There’s the time he shows himself up in front of the Australian Prime Minister by informing him he’s a dead ringer for the Prime Minister, or an attempt at seduction undone by violent diarrhoea.

The stories keep rolling and they keep entertaining, lit up by energetic graphics and a series of chapter titles that play on Bond films. It’s not all fun and games though, Becoming Bond occasionally drawing a more introspective Lazenby out from under his grandstanding bonhomie. He even tears up discussing an ex-girlfriend who seems to be the great what if of his life.

That includes Bond as well. After being the butt of jokes for decades, Lazenby gets to tell his own version of how he landed the job despite zero acting experience, and why he walked away from it after only one film. Ultimately, he didn’t want the lifestyle, choosing a different path. What is often portrayed as stupid emerges as the very opposite. Having to be Bond, and in effect having to be an image created by Sean Connery, simply didn’t appeal. And just like that he walked away, into the life he wanted to live.

It’s an impressive decision rarely treated as such, drawn out by a mightily impressive film. At one point Greenbaum does ask if all Lazenby’s stories are true, receiving a gentle brush off in the process. Whatever they are, it makes for one hell of a tale.