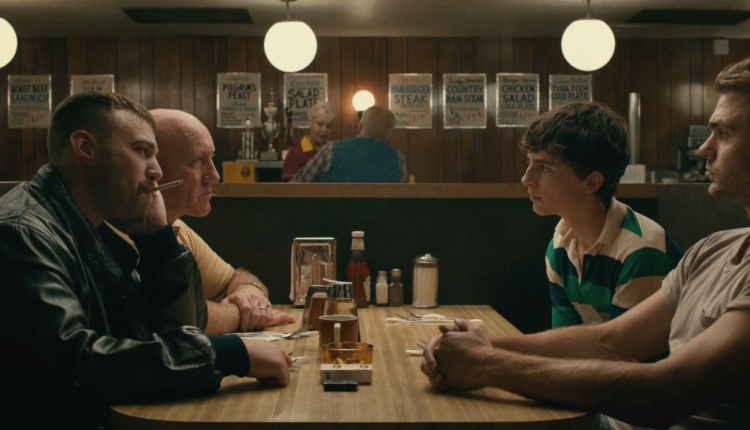 Is it only during long summer months’ teenagers ever find maturity? The venerable institution of the coming-of-age drama would have it so, sending (usually) nervous boys off to become men. Hot Summer Nights promises something similar before dancing off into the distance to deliver a truly fantastic, genre-defying experience.

On paper, we’ve all heard this one before. Quiet oddball Daniel (Timothée Chalamet – Call Me By Your Name) is shipped off to his Aunt in Cape Cod for the summer in 1991 to help him recover from the loss of his father. He turns up a loner and soon comes out of his shell, befriending the cool kid and charming the hottest girl in town. Except this basic plot reckoned without debut director/writer Elijah Bynum who spends the entire film playing with clichés. He even throws in a little teen comedy, a massive storm, and crime noir just to keep things moving.

There’s a dark inevitability to Daniel’s arc that would have stayed hidden had it not been for an opening flash-forward signalling the way things might go. Otherwise, the first half finds Daniel fitting in and managing to fall into the life of two estranged siblings: local heartthrob and drug dealer Hunter Strawberry (Alex Roe), and his sister MyKayla (Maika Monroe – It Follows). The two don’t speak, which is good for Daniel as she would hate to find out he’s dealing drugs with her brother, and he would kill him for trying to date his sister.

Daniel’s romance could easily have been trite, but Bynum is so much better than that. He frequently dazzles by upending conventions. One sexy conversation, complete with lingering close-ups on a lollipop, plays out normally but the dialogue is busy making fun of the clichés. While Daniel and MyKayla are flirting, they’re actually discussing the best way to kill slugs with salt. A later kiss, complete with another reference to the salt, is a chance for virtuoso showmanship, Bynum cutting away to fireworks while amping up his killer soundtrack.

From start to finish Hot Summer Nights is ridiculously cool. With a chewed-up voiceover, and David Bowie and Can blaring out, the camera zips back and forth while archive footage is mixed in, usually for expertly achieved comic effect. It’s hard to believe this is a debut feature, so accomplished is Bynum’s control. He even manages to transition his narrative into a darker crime drama as Daniel and Hunter up their drug dealing, all without losing momentum.

Only a few minor inconsistencies rear up, most notably how the siblings fail to find out about Daniel’s involvement with them both in a small holiday town where everyone knows everyone. Even this has no impact on the overall quality of the film. It’s too much fun watching Chalamet, Roe and Monroe, all impressive, skate towards disaster.

Just to make clear this is not the kind of coming-of-age drama normally released, Bynum dispenses with the traditional lesson learning, choosing to go off down an ambiguous path. Then suddenly the credits are rolling, leaving only a closing song and an intoxicating aftertaste. Hot Summer Nights is a special film.