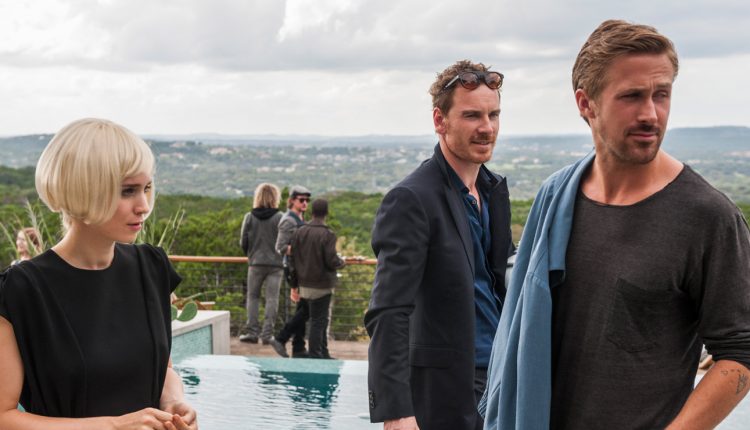 Famously reclusive and sparing in his output, Terrence Malick used to be the mercurial auteur prototype. It helped that his small canon proved worthy of all the extravagant praise thrown its way. Then he suddenly stepped the productivity up; a move creating initial delight that has faded under the tedium of To the Wonder and Knight of Cups. Song to Song, opening the film strand at this year’s South By Southwest Conference, offered hope that quickly dissipates under another assault of beautiful emptiness.

Shot directly after Knight of Cups, this Austin set drama is a companion piece in many ways. The loneliness of the artist and the soul-destroying trappings that come with success haunt both works. Where the former critiqued Hollywood, Malick’s new film switches the action to the music industry.

As is now expected, he brings together another top drawer cast, prominent roles going to Michael Fassbender, Rooney Mara and Ryan Gosling, with lesser positions of various importance filled by the likes of Natalie Portman and Cate Blanchett. Fassbender is the villain of the piece, a sleazy producer who sucks his artists dry, and does what he can to sleep with any attractive woman crossing his path. Mara and Gosling are musicians caught in his web, as everyone else drifts in and out.

While they all float around having a series of crises that never scratch beneath the surface, Malick does at least bring his eye to bear on a number of wonderfully constructed shots. Working again with cinematographer Emmanuel Lubezki, he has a real ability to capture nature, but this in itself is a problem. Since moving to predominantly urban settings, it’s almost as if he loses his nerve, finding excuses to bring in sloping scrubland and breaking waves on golden beaches. When in the city it becomes far more clinical, the pictures, beautiful in themselves, failing to connect with the emotion that’s meant to be in play.

The actors seem to have a similar problem. A restless camera sways around, zooming in to catch disappointing neutrality. While Hitchcock saw his actors as cattle to be herded through each shot, Malick seems to leave them to wander around aimlessly in the field. His usual voiceovers are back in play to fill over gaps, Mara’s including some excruciatingly earnest lines.

Perhaps the most startling absence from Song to Song is the music scene itself. Aside from a series of cameos from the likes of Iggy Pop and Patti Smith, music features very little. Gosling’s character never seems to actually perform anything while Mara mostly stands by others on stage. The score features a number of classical pieces, in keeping with Malick’s preferences but hardly in keeping with the world he’s examining. The music industry, music in Austin, and even the city itself end up incidental at best.

After throwing in very obvious imagery – when Mara’s character talks about rising higher we have shots of hot air balloons, planes and birds – and dragging the end out, Malick eventually decides a simple life is the only one worth seeking. But after two hollow and largely boring hours, that message has long since lost its impact.