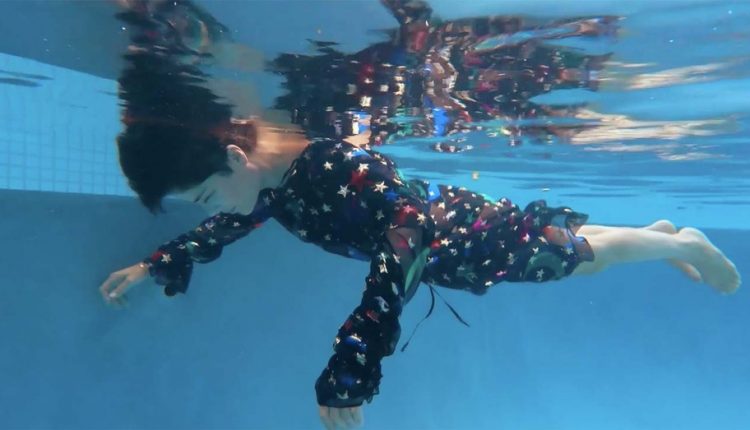 Known for her work in films such as Hellboy, Legally Blonde, Cruel Intentions and Mom and Dad, Selma Blair’s career took a turn when she was diagnosed with multiple sclerosis (MS) in 2018. In a documentary by Rachel Fleit, Introducing, Selma Blair follows the actress as she copes with her illness while pursuing a life-altering treatment.

As we first meet Blair, she is trying to maintain a positive outlook on life – cracking jokes while putting on her makeup, it looks like she is about to put on a show. However, the loss of her comfort dog during the introductory interview quickly causes her to succumb to the fatigue that prevents her from living a normal life. Reverting to tongue clicks and fidgeting, seeing her struggle to simply speak is a startling visual reminder of the impact of MS but her determination sets the tone for this eye-opening documentary.

It is strange to see Blair take centre stage in a feature. She candidly notes that she has been comfortable being the supporting star so that she is famous enough to be noticed but not so famous where her life is constantly intruded on by the press. Therefore, she feels comfortable sharing pictures posing with a cane and detailing her growing lack of mobility to not only provide others with an insight into her life but also allows her to find comfort with a wide enough audience, which will also spread awareness and drive her activism of MS.

Although Blair’s struggles prevent her from doing normal activities such as taking out the rubbish or horse riding, her lack of physicality also extends to her life as a mother. She talks openly about the difficulties MS cause while striving to interact with her son Arthur, who – at such a young age – doesn’t fully understand the harsh reality of MS, despite her visibly struggling to have the physicality of a mother. This not only affects her relationship with her son, but her troubles cause a sense of self-deprecation that may be influenced by the strained relationship with her own mother – a factor that is never fully explored and sadly, left without closure.

The tone of Introducing, Selma Blair takes a slight turn when Blair chooses to undergo a stem-cell transplant with the aim of ‘curing’ her MS. There is an initial sense of hope as she hopes that the treatment will help lessen the symptoms but we soon see that it is not as easy as a few days in the hospital. Choosing to document each moment of her treatment is a brave choice, as we see her in pain, mentally and physically, as she has to not undergo multiple procedures and treatments but also separate herself from Arthur for weeks. All the while, Fleit stays close to Blair throughout her journey as there is an understanding to educate her audience in the realities of the treatment. Despite her attempts in light humour amid streams of tears, Blair chooses not to hide anything.

In fact, Blair’s honesty about her condition and how it has affected her mental health makes her even more endearing. She doesn’t downplay her symptoms or talk her way to justify her behaviour – instead, she holds her hands up and immediately apologises, which is something you don’t expect from a celebrity. Along with Fleit’s intimate direction, we see Blair tell her story with candidness, maturity and bravery. As a result, Introducing, Selma Blair is a moving documentary that is filled with moments of tenderness and wit.