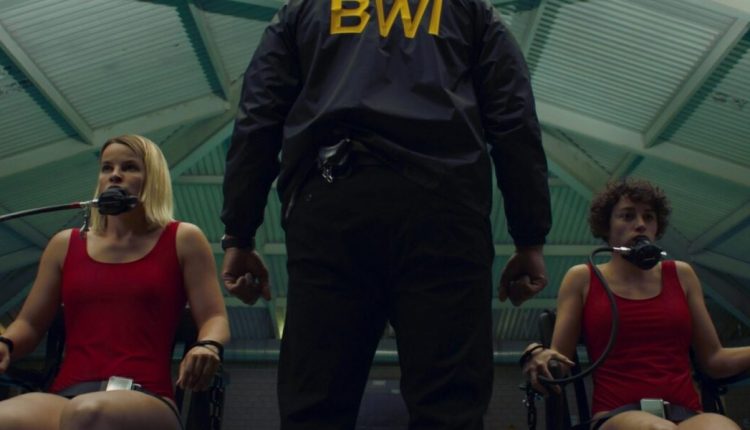 Directed by Elle Callahan, Witch Hunt is set in an alternate America where witches exist and are considered criminals. The film focuses on teenager Claire (The Craft: Legacy‘s Gideon Adlon), whose mother Martha (Elizabeth Mitchell) hides rogue witches before they are transported to Mexico, where they will receive asylum. However, Claire is forced to confront her own demons upon meeting two young witches, sisters Shae (Echo Campbell) and Fiona (Abigail Cowen).

In her second directorial feature, Callahan effectively instils fear in the narrative and the direction. Incorporating witchcraft into a modern narrative enables the filmmaker to reinforce strong social messages within her screenplay and chilling direction. From the outset, women who are suspected of being witches are prosecuted, prejudiced and ultimately hunted down by law enforcement. There is even a legislature lingering in the background that, if passed, would restrict the rights of the descendants of witches. In other words, they wouldn’t even be able to have a driver’s licence.

It is this prejudicial stance that begins to prey on the sheltered Claire, who is played by the enigmatic Adlon. Due to her mother’s involvement with witches, she cannot confide in her friends out of fear of prosecution but also suffers from tension exacerbated by Fiona and Shae’s continued presence in the house. Although she begins to bond with Fiona and become intrigued by witchcraft, she is haunted by a darker truth hinted at by the mysterious events around her home. Unfortunately, all of these slowly build to inconsistent horror elements that seem to revolve around jump scares and a somewhat predictable outcome. In fact, the sinister and quietly spoken federal officer Hawthorn (Christian Camargo) is more terrifying due to his unrelenting hatred of witches.

While its visual elements lay the foundation of a typical horror-fantasy film, Witch Hunt‘s strong social message will resonate and terrify audiences more than its supernatural premise.