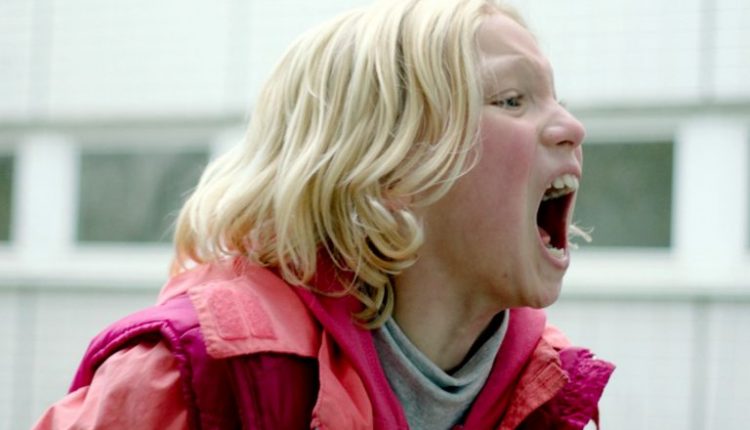 Documentary filmmaker Nora Fingscheidt serves up her impressive narrative feature debut with a confrontational conviction that is forceful and convincingly suggestive. Writer/director Fingscheidt’s startling and grippingly raw portrait of childhood monstrosity is epitomize so effectively in the German art house drama System Crasher (a.k.a. “Systemsprenger). This harsh insightful look at the festering fury of a problem child as she navigates through the flawed child care system is quite unsettling in its dramatic truth. Brimming with intensity and inherent outrage, Systen Crasher is definitely a wake-up call for uncontrollable tykes at the mercy of an overwhelmed, bureaucratic foster care operation.

Specifically, the term “system crasher” refers to the chaotic process of unwanted children drifting from household to household only to keep returning to the German foster care system only to be dismissed or linger in the background. In particular, nine-year old Benni (Helena Zengel) exemplifies such a system crasher child whose hostility speaks volumes in a nightmarish practice that is so cynically telling.

Frighteningly, the rabid Benni harbors a colorful rage that is beyond repair. Although small and psychologically scarred, Benni is a dangerous ball of disillusioned thunder whose beastly behavior is a natural cry for some serious help. Despite the deadly combination of cuteness and corrosiveness Benni’s penchant for lashing out is a systematic means to gain what she ultimately desires…to get back home with her mother. Benni is a sad product of child abuse but will stop it at nothing to embrace the critical anger issues that defiantly define her. This poor child is a lost lunatic wrapped in a piercing package of opportunistic aggression.

The question remains: what can be done with Benni to contain her violent impulses triggered by blankets constant resentment? After all, the measures taken by professionals such as doctors, social workers, and psychologists have not seemed to curve Benni’s ravenous appetite for her on-the-spot fury that boils within her neglected psyche. The mystery in dealing with this raging rugrat is frustrating and the underling consequences remain unpredictable in terms of what lengths Benni will reach in order for her boiling point to reach another destructive level of concern.

Interestingly, System Crasher presents a steady-made turmoil that offers no immediate solutions or places the blame on the shoulders of all involved. Nevertheless, Fingscheidt does an admirable job in bringing to the forefront the existing realities of a broken welfare system that is instrumental in being the foundation of detachment for disconnected youngsters caught in the crossfires of transgression. The committed workers, for the most part, do care for the Bennis of the world but are bound by restrictive guidelines. Plus, children saddled with the emotional complexities of someone profoundly burdened such as Benni is an additional curve in the equation of exasperation.

The heart of the film’s notable brush with discontentment is fabulously demonstrated by Zengel’s rebellious performance as the damaged Benni screeching at what appears to be an indifferent world not acknowledging her instilled hurting. The demons are marvelously on display contained in the beleaguered Benni. The expressive physical twitches and tightness that overcomes Zengel’s furious face is resourcefully inspired as her walking wounded minor is a major firecracker with atom bomb-like capabilities. No doubt that Zengel’s captivating turn as a demolishing doll on the edge fortifies Fingscheidt’s foster care fable into a masterful commentary on societal instability for the helpless infringed.

Racy and unrestrained, System Crasher is a child care chiller that manages to be an indescribable kind of horror show that the kiddies may not be allowed to screen before bedtime. However, for Zengel’s bombastic Benni, she is the salaciously moody Shirley Temple headlining this kid-unfriendly creepshow in all its revealing skin.

Snowpiercer finally arrives on Blu Ray & DVD in the UK