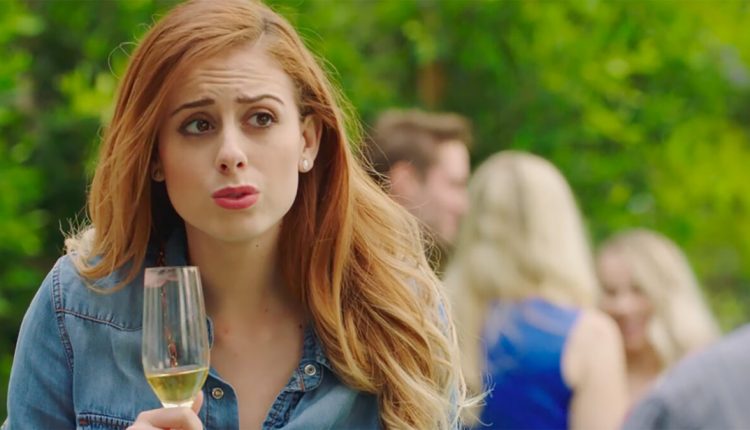 It’s little wonder the film industry is in the state it is when productions like Tell Me I Love You are the best it can come up with. This new rom-com from director / writer Fiona MacKenzie, concerning the efforts of three friends to make it big in the music industry, has all the pizazz of a toneless song that wouldn’t even break the Billboard Hot 100.

Ally (Paulina Cerrilla), Ben (Sam Clark) and Melanie (Kaniehtiio Horn) are three friends, looking for that illusive break to make it big in the cutthroat L.A. music scene. However they’re broke and in desperate need of cash to finish their all important demo, before time runs out for their dreams of musical stardom. That is until an unexpected opportunity arises which could provide them with that all important monetary injection. The only downside is to obtain the money involves them being married, which can only lead to the inevitable series of comic misunderstandings …….

Potentially the premise behind this film should have made for some reasonably diverting, if undemanding, entertainment. A cast of charming, slightly vacuous Californians, some to die for locations – how the broke trio at the centre of the story can afford to live in Malibu is just one of the film’s many stretches of credulity – and a few mildly amusing chaotic situations, could – as they were clearly intended to – have built into a tale of young love overcoming insurmountable odds with a happy ending for all. Instead what you get is the story of a group of people who coast through life with a modicum of talent, yet whose lives always seem to come up roses.

Despite a cast with some remarkably impressive resumes – Horn featured in the recent TV interpretation of Philip K. Dick’s masterpiece The Man in the High Castle , whilst Clark had a recurring role in the TV soap Neighbours – things just fail to gel onscreen, or make the viewer in anyway interested in what happens in the lives of these one dimensional characters.

A consolation is, with a running time of 77 minutes, the discordant notes hit by Tell Me I Love You are as mercifully brief as one imagines the careers of this inept pop trio would be. In the end their lives are portrayed as shallow, glossy on the surface with not much happening beneath – a pretty accurate portrayal perhaps of the Hollywood life they so clearly crave.