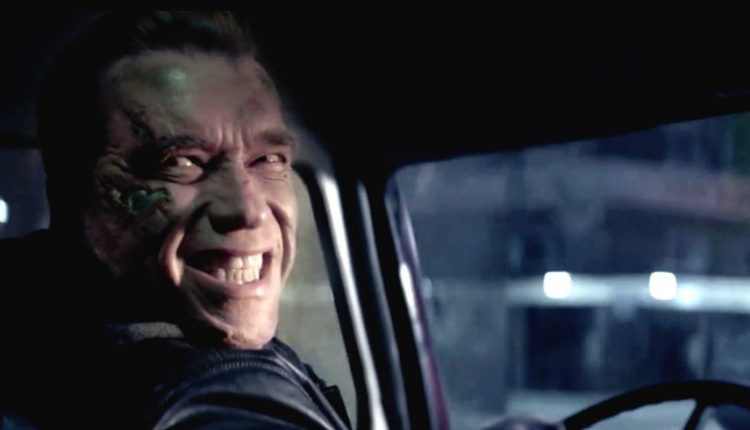 Once the standard-bearer for electrifying, ferocious science fiction, the Terminator films have stalled somewhat in recent years. A couple of increasingly flaky sequels have dulled much of the series’ sharp edge and turned what was a remarkably gruesome story into sub-par blockbuster dross. Alan Taylor plays his trump card in the form of a returning Arnold Schwarzenegger in an attempt to revitalise the waning franchise, but his efforts may be too little too late. Incoherent scripting, weak action and dull-as-dishwater performances do little turn the tide and may well have killed a planned trilogy in its tracks.

Tapping into a vein of nostalgic warmth appears to be Taylor’s main tactic, in a film that makes repeated references to James Cameron’s superior predecessors. Sadly, a move that is presumably intended to instil the viewer with a sense of continuity, merely succeeds in reminding them of a now-distant time when these films were delivered with panache and began to make sense.

Opening in 2029 with the human resistance, led by John Connor (Jason Clarke), on the verge of final victory in their war against the machines and Skynet, Terminator Genisys’s opening movement is a relatively straightforward repeat of The Terminator. In a last gasp effort to avoid destruction, Skynet sends its T-800 back to 1984 to murder Sarah Connor (Emilia Clarke) and prevent John’s birth. Meanwhile, John himself sends Kyle Reese (Jai Courtney) back to intercept the T-800 in scenes that will be familiar to anyone with a passing knowledge of the first film. About twenty minutes in and the narrative takes a sidestep, dropping an aged T-800 (Schwarzenegger) and a battle-ready Sarah Connor into Reese’s lap and setting off on-course along an alternate timeline, in which the events of the previous films have been rendered redundant.

Taking some narrative inspiration from the recent Star Trek reboot, the scriptwriters, of which there are numerous, have opted for the ‘glitch in space-time’ to explain away the new developments. The problem is, it’s done with none of the wit or ingenuity of J.J. Abrams’s Star Trek reimagining. Schwarzenegger throws vast quantities of inane techno babble at Courtney, swiftly followed by a dismissive “don’t worry if none of this makes sense” by Clarke, who has presumably noticed the bemused look on his face. The script positively ties itself in knots trying to explain why its characters have found themselves in their respective situations, as plot holes so vast you could fly a helicopter through, pepper the dreary nonsense.

Taylor has experience as a director of huge budget action, but any sense of fun that he may imparted into his Thor sequel is lost as action sequences, lifted wholesale from other Terminator films, degenerate into a blur of sub-standard CGI. Schwarzenegger’s role in the story has shifted enormously since his first outing as the unmovable kill-bot. Once a ruthless, cold-blooded (literal) killing machine, Arnie now resembles some kindly old uncle, despairingly referred to as Pops by Sarah in a mawkish surrogate father-daughter relationship.

What was once a brutal and shockingly grim piece of adult sci-fi has been diluted and morphed into a distinctly unsatisfactory approximation of its former self. Its shifting focus towards easy-watching mass appeal would be infinitely more tolerable, if it were not so completely incomprehensible.