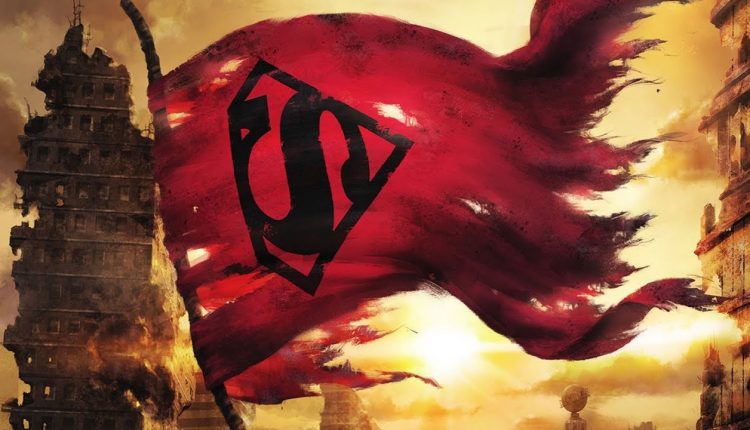 The Death of Superman (2018) Film Review

Similarly to the 2016 live action movie, the Son of Krypton here faces insurmountable odds as he takes on his greatest challenge in the shape of Doomsday; a monstrous behemoth hell-bent on the destruction of well… everything really!

The Death of Superman paces itself in the warm up to the final fight. The film first establishes continuity with the rest of the ‘DC Universe Movie’ animated series which benefits from the build up. Superman himself is established early on as a beacon of hope, saving Metropolis’ citizens from catastrophes, both minor and major whilst keeping his fan club sweet at the same time. Clark’s fledgling relationship with Lois is also tender and understated, with the man himself close to Christopher Reeve’s dorkiness.

The rest of the Justice League (including Green Lantern, Martian Manhunter and Hawkman) are given just enough time to establish themselves without seeming heavy on the exposition. This move is all the more worthwhile when Doomsday finally arrives. He soon trounces the Leaguers with relative ease, setting up what seems a super-smackdown for the Man of Steel and leaving some serious doubt over the outcome. 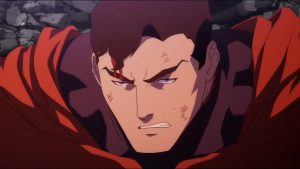 Superman’s eventual death (again, spoilers, but you already knew that) packs an emotional punch, with Lois’ futile attempt to save her beau being a heartbreakingly human display. The aftermath is handled with sensitivity and gravitas too, with even Batman showing his grief through the slightest widening of his eyes and the unclinching of his fist. Gulp!

The only factor which lets this film adaptation down is the final frame, which undermines much of what is accomplished throughout the film. It also acts as the only way in which Zack Snyder’s 2016 story usurps the original. Damn! We were doing so well!

However, the strong final scene leaves you wondering what’s next for Warner Bros. Animation’s DC Universe Movies. And when’s the last time the DCEU managed that?

The Death of Superman is available to buy on DVD and Blu-ray.