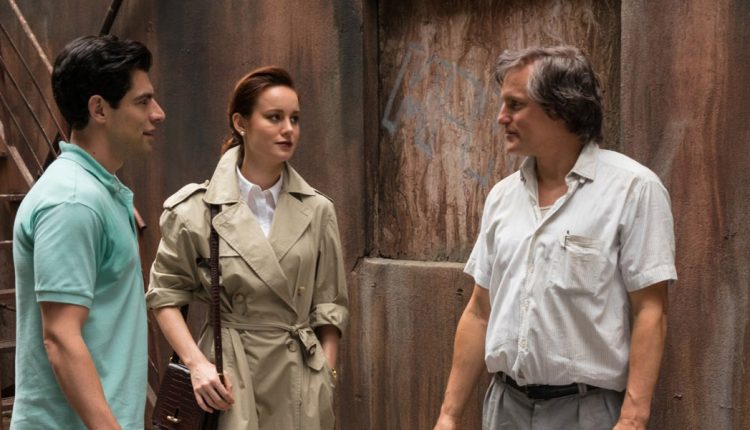 You can choose your friends but not your family, a term firmly used on a universal scale, even more, prevalent so in this adaptation of America Journalist and writer, Jeanette Well’s autobiographical journey retelling her unconventional early years at the hands of bohemian parents.

Those family apron strings, no matter how taught and fried they become, never truly break dragging you back when you’ve tried your best to keep that distance through loyalty and buried love always breaking through when that family hits crisis point. This is Well’s life from the very outset, an unsentimental, unapologetic love letter to her family even though her efforts of trying to conform to the norm and make something of herself despite her dilapidating upbringing.

Director Destin Daniel Cretton tells Well’s story through a series of flashback sequences, Jumping from a grown Well’s played by an immaculately dressed without a hair out of place Brie Larson in 1989 Manhattan back through various stages in her childhood. Whilst Well’s is living in her plush apartment, her dishevelled parents, played by Woody Harrelson and Naomi Watts, live across town in a homely squat where, by night, they are found rummaging through bags of rubbish dumped on the street. Although disappointed with her lifestyle choices, her parents, especially her father, are longing to reconnect with their absent daughter all the while Well’s does her utmost to resist but her long-buried love for her family slowly starts to break her down.

Focusing mainly on her relationship with her alcoholic and broken father Rex,played by an exceptionally charismatic Harrelson falling off and on the wagon repeatedly and wasting the little money they have, Jeanette still doted on her Father as a young girl, clearly his relationship with her had a special father/daughter bond, and so far as to say he was the favourite amongst her siblings. As her Rose Mary (Watts), without what seems any care in the world painted, their children went without food for days on end. Despite her parent’s sporadically volatile relationship, Rose Mary couldn’t quite force herself to leave him.

With the story’s main focus on Wells and her Parents looms large, the lack of any character involvement from her siblings has a jarring effect which niggles on the inquisitive enveloping in its major engrossing flaw. As Well’s becomes a teenager, her parental instincts start to take over and her rose-tinted glasses where her Father is concerned fall off.

Whilst Larson may be the major role-playing Well’s with a cold front that would even make Jack Frost shiver, her scenes are few and far between, with the various child actresses taking the centre stage at various points in her life. Watt’s Rose Mary is nonchalant and passive with a tendency to role her acidic tongue in a blasé manner.

There are no airs and graces in Cretton’s biographical narrative on Well’s, it has a chilly front of plain-speaking enthusiasm on the realities of her difficult life, cutting the heartstrings before it even had a chance to tug on them. It doesn’t want you to feel sorry for what its subject went through as a child but enhances the complexities not only of her parental issues but that, no matter what filter the world likes to tint reality, not everyone is quite that straightforward.

The Glass Castle is in cinemas October 6th.