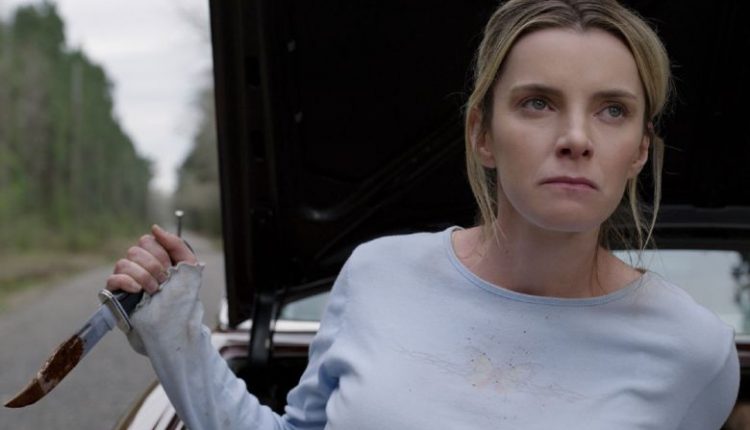 Director Craig Zobel’s shoddy survivalist exploitation flick The Hunt asks the impending question: what if this squeamish vehicle surrounding a dozen of so-called hunted undesirables was a derivative take on The Most Dangerous Game theme but with a dash of splashy bloodsport bounce in its boisterous step? Indeed, Zobel’s catch-the-prey satire on the grossout spectrum of political ideology is duly noted in this half-baked horror sideshow. The premise on paper is impishly observant about clashing sides being confrontational to the point of an inhumane standoff. However, The Hunt is never able to reach its surreal payoff of the privileged haves and persecuted have nots embroiled in its outlandish gory gumption.

Zobel (“Compliance”) and screenwriters Damon Undelof and Nick Cuse gleefully go for broke in presenting the deadly game of scheming elitists and the targeted deplorables caught in the crossfire of the challenging hunt. The messaging is certainly timely in this day and age of finger-pointing political outrage. The Hunt may be considered an allegory for the divided politics of its leaders and followers disguised in a firepower frightfest meant to be breezily biting in its blood-soaking sass. Unfortunately, Zobel’s game hunting tactics is not grounded in depth or dimension to give this blurry slice-and-dice suspense piece any genuine meaty intrigue beyond its choppy pokes at exaggerated blood spats and occasional schlocky chuckles.

The nightmare has only just begun for those deemed hunting bait at the Manor House. A dozen of dazed visitors not realizing their whereabouts are about to discover something very drastic is about to occur involving their endangered livelihood. The hunted candidates–noted “Trumpian” demographic loyalists–are scheduled to serve as gaming targets for the progressive hunters living high on the hog materialistically. Since the hunted are unredeemable pawns set in their own antiquated way of thinking the self-righteous hunters will put them to the test to feel the root of continual suffering. At least the hunted group has a fighting chance as they are armed with weapons to fight back.

The ragtag crew of hunted human prey are expected to acknowledge their self-absorbed sense of worth to atone for their sins–at least according to the hypocritical punishers that do not regard their hunting prowess as intellectually problematic. At least both factions boast a badass babe out to defend the cause of their personal fight. For the hunters, Athena (two-time Oscar winner Hilary Swank) leads the charge for the conscientious killers looking to eradicate the dismissive peons during the hunt. Crystal (Betty Gilpin from TV’s “GLOW”) is the spitfire of her bunch refusing to sit back and be victimized by the well-to-do whack-jobs trying to make themselves feel superior at her jeopardized cohorts’ expense.

Surprisingly, The Hunt is merely by-the-numbers horror suspense thriller that has its few punchy moments but drifts apart as the proceedings progress. The cat-and-mouse element to the storyline loses momentum especially when the slaughtered combatants are an aftermath to the juicy defiance of Gilpin’s hunted avenger Crystal. Although Gilpin’s Crystal has some pocketed perverse pleasure in turning the tables on Swank’s Athena and her trigger-happy elitist terminators the other sacrificed peasants get the short end of the panicky stick.

The satirical shock value in The Hunt feels sketchy and slight because the film is unable to tap into the realm of bottomless cynicism to help along its subversive overtones. Liberal snooty types lashing out at conservative cronies and their right wing leanings should have made for a toxic treat. Instead, The Hunt is fortified with convenient jabs and lukewarm jokes saturated in a goofy-minded gorefest that never quite scrapes the edgy nerves. Ultimately, Gilpin is the saving grace that gives this slaughter session some twisted verve worth relishing.

It is such a shame that The Hunt inexplicably misses its mark with the assembled capable players on board from TV vets such as Ike Baronholtz (“Mad TV”) and Ethan Suplee (“My Name is Earl”) to movie mainstays Amy Madigan and Emma Roberts. It is rather refreshing to see Swank partake in loose-minded lunacy but she and a whole host of others are lost in the shuffle of this polarizing romp of division and despair.