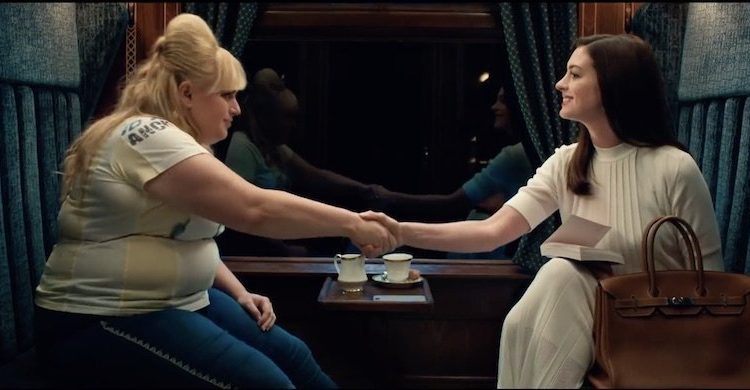 Following Paul Feig’s Ghostbusters and Ocean’s 8, The Hustle is the latest female-led ‘reboot’ from Hollywood. A remake of the 1988 comedy Dirty Rotten Scoundrels, the film revolves around two con artists – the elegant, prim Josephine (Anne Hathaway) and the crass Lonnie (Rebel Wilson) – as they team up to target and rob rich men in the south of France.

On paper, the karmic concept of two women getting revenge by conning sleazy men should win audiences over. Throw in two bankable leading ladies and an established comedian in the director’s chair and you’ve got a hit. However, they are multiple cogs in this less-than-oiled machine and they don’t fit together. While the narratives for Ghostbusters and Ocean’s 8 highlighted its protagonists as smart, quick-witted women, The Hustle falls flat as it lacks the ability, originality and complexity to bring a dated comedy into the 21st century. Not to mention the idea of women competing against each other and resorting to catty, demeaning actions over a man just comes across as shameful.

The lack of character development doesn’t help its protagonists. Wilson continues to remain typecast as the shameless extrovert with her performance as Lonnie, and Hathaway’s Josephine is just boring. The only crack in her ice-cold demeanour is when she is so easily threatened by Lonnie but the fact that ultimately resorts to childish and almost desperate ways to ‘win’ hardly presents her as the forward-thinking con artist she thinks she is.

Director Chris Addison is known for his work in comedy so the fact that the film is anything but is incomprehensible. The humour is laughable in all the wrong ways and the lacklustre script, written by Captain Marvel‘s Jac Schaffer, provides very little for the leading ladies to work with. It is a real shame as Wilson and Hathaway have proven they can deliver high-end comedy but thanks to practically everything else, they are wasted here.

During a time when women are making their mark in Hollywood, this needed to hit the mark. However, The Hustle steps up, takes a very big swing and tragically misses by several miles.

The Hustle is out in UK cinemas on Friday 10th May.