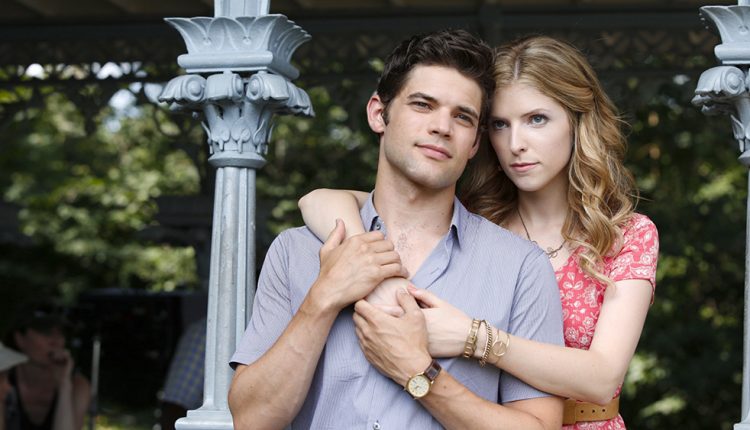 Practically dialogue-free, Richard LaGravanese’s adaptation of The Last Five Years is not a musical for people who don’t like musicals. Still, if you are new to the format, you will be won over by the incredible actors, and the heart-breaking story they tell.

Adapting musicals is hard. The audience is different, so there may be some “dumbing down” to make the piece more accessible. The director has to be right, expectations are always high, and some things just don’t translate well from stage to screen. The Last Five Years wavers on the edge, but despite missing a few marks, it is an excellent film, a great adaptation, and one you won’t want to miss.

The film follows the doomed relationship of Jamie Wellerstein (Jeremy Jordan), a successful, up-and-coming author, and Cathy Hiatt (Anna Kendrick), a struggling actress. Jumping backwards and forwards in time, they both tell their halves of the story, from their first meeting to their eventual divorce.

Kendrick and Jordan sing eleven of the musical’s fourteen songs live, and their voices mix together beautifully. Jordan makes Jamie a complex character. Subtly despicable, he seems to pity Cathy, and his patronising attempts to help her career are hidden behind charming grins. Kendrick’s voice is as stunning as her acting. Well-known for more comical roles, she makes Cathy a sympathetic character, one our heart goes out to as we watch her walk towards what she thinks is a happy future.

Unlike most musical adaptations, The Last Five Years attempts to maintain the simplicity of its theatrical staging. However, while the actors are seen together once in the stage production, the film adds a multitude of extras, dialogue, and Cathy and Jamie are together in many scenes. This might make things seem more natural for the audience, but it makes unravelling the unorthodox narrative more difficult. The structure is difficult to translate to film, but I do think LaGravanese succeeds.

Film adaptations are often scoffed at. ‘Nothing beats the real thing’, yes, but the real thing isn’t as accessible as it ought to be. We can’t all afford to hit the West End every time there’s a big new show in town, and LaGravanese’s The Last Five Years translates an unusual structure into an excellent movie. The music in this off-Broadway production is incredibly catchy, and any musical lover will be quick to download the soundtrack. With its unconventional narrative, it may be off-putting to some first-timers. however, the film is a wonderful adaptation and a truly heartrending story.