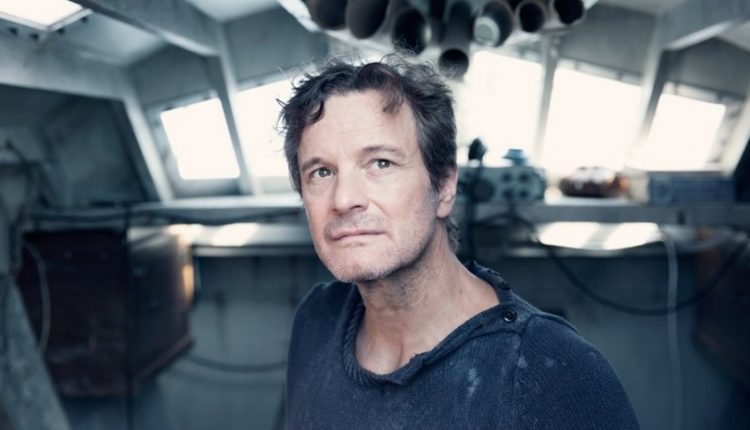 The Mercy chronicles Donald Crowhurst’s outside bid to compete in the 1968 Sunday Times’ Golden Globe round-the-world yacht race. As a follow up to 2014’s The Theory of Everything, director James Marsh is back in quintessentially English territory complete with period knitwear, a quaint coastal Teignmouth backdrop and Colin Firth, who slips effortlessly into the mild-mannered protagonist’s shoes.

The film establishes Crowhurst as a family-oriented entrepreneur-cum-amateur sailor seeking fame and adventure. Rachel Weisz as his wife Clare Crowhurst is largely uninvolved in the decision-making and is consequently a little sidelined as the narrative rushes on to the hectic preparations. This introduces Ken Stott as Crowhurst’s hesitant financial backer and David Thewlis as his enthusiastic publicist, who manipulate the increasingly non-committal contestant into taking his hastily built custom trimaran to sea, the main motivations now being to secure his financial future and provide a sensational news story.

However, The Mercy is much more than its nautical underdog premise suggests. When cracks inevitably begin to appear (and leak) in Crowhurst’s vessel, the enormity of his decision becomes a burden too great for him to handle. He is forced to take desperate measures and begins relaying false progress reports back to England. This is less a mind-over-matter, braving the elements parable; it is the disturbing story of a man overwhelmed by an impossible task. There is a particular fascination in watching Firth peel back the layers of the well-to-do English gentleman role for which he is renowned. Alone aboard his vessel, he mutters manically and occasionally explodes with rage as he is slowly consumed by the consequences of his deception. In acting and direction, the character’s descent into madness offer the most enthralling sequences of the film. An emaciated Firth throws himself into the tempestuous mind of his character, while Marsh uses the intimacy of the trimaran to amplify the character’s torment with auditory and visual hallucinations.

Frustratingly, the film never quite addresses Crowhurst’s motivation to embark on his perilous journey. Clichéd sound-bites about hope and glory do not satisfy. His character arc, which culminates in his erratic muttering of transcendental truth, is not set up with the necessary foundation. Flashbacks to his early preparations seek to add depth to the character, and succeed in creating a sense of foreboding and dramatic irony, but they also distract from the nail-biting drama of his voyage.

The Mercy is a refreshing overhaul of the ‘lost at sea’ genre, anchored in Firth’s captivating portrayal of a man’s psychological deterioration. Scott Z Burns’ script perhaps seeks to interweave too many narrative strands, leading to a rushed first act. Nevertheless, the magnetic power of Firth’s performance ensures that you will not want to leave Crowhurst’s side as the film charts his shambolic odyssey to the end.