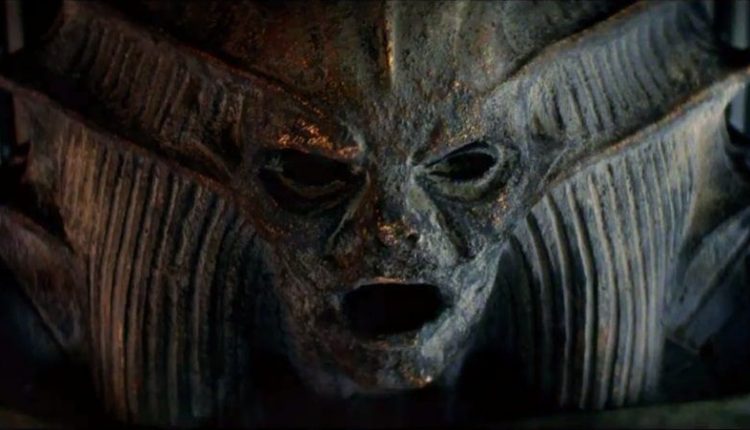 I will try to keep my summation of the new reimagining of the classic mummy legend by Universal Studios, as short and succinct as possible.  Mainly because there’s not really that much to say about it.  But also I think that allowing any more space or time, is tantamount to giving it way more credit than it’s due.

The film follows the story of Mr all-round, whizz-kid explorer Nick Morton (Tom Cruise) who, along with feisty ‘Egyptologist” Jenny Halsey (Annabelle Wallis), finds the hidden tomb of the ancient Egyptian princess Ahmanet (Sofia Boutella) somewhere in the middle east.  Rescuing the princess’s coffin they bring it back to London where Ahmanet is revived with predictably disastrous results for all.

Watching the film it is easy to see the purpose behind it.  Forget any attempt to play homage to the original (and still best) 1932 interpretation of the story featuring the king of monsters Boris Karloff, by the same studio Universal, or Hammer’s equally superior rendition from 1959 starring Christopher Lee.  Fortunately – unless they’re hardcore classic horror fans – it is unlikely many of the people who will make up the audience of this film will remember the previous ones.  Instead this outing is clearly made for two reasons.  Firstly as a vehicle for Cruise who, lets face it, has got to the iconic status in general cinematic circles, of simply having to appear in a film to guarantee its success at the box office.  And secondly, and perhaps more importantly from Universal’s point of view, this film quite clearly serves as an introduction to what they hope will be a long and prosperous franchise.  They intend to recreate in modern settings, the whole raft of classic creature features from their back catalogue including, if rumours are to be believed, Angelina Jolie as Frankenstein’s bride!  In The Mummy, as well as the ubiquitous cloth bound walking corpse, we get a new and much more business like Dr Jekyll (played with his usual moodiness by Russell Crowe), who’s whole role in the proceedings is reduced to little more than running round some tunnels under London as well a dark and gloomy high-tech laboratory, and screaming at people.

And that’s it really.  The writers have introduced a few current twists – Isis plays a part at the beginning set in the middle east, whilst a lot of the London based action stems from something discovered during Crossrail excavations beneath the capital city.  There are also some fun nods towards Indiana Jones, and quite atmospheric scenes set in the middle of the English countryside when Ahmnaet originally arrives in Britain.  However all this, though at times undeniably effective, is not enough to save a film which clearly favours spectacle on a heightened CGI level, over any kind of nostalgic or aesthetic integrity.

I wouldn’t say that you shouldn’t see the film.  Simply that, if you expect to be chilled by the beat of the mummy’s cloth bound feet, you will likely be sorely disappointed.