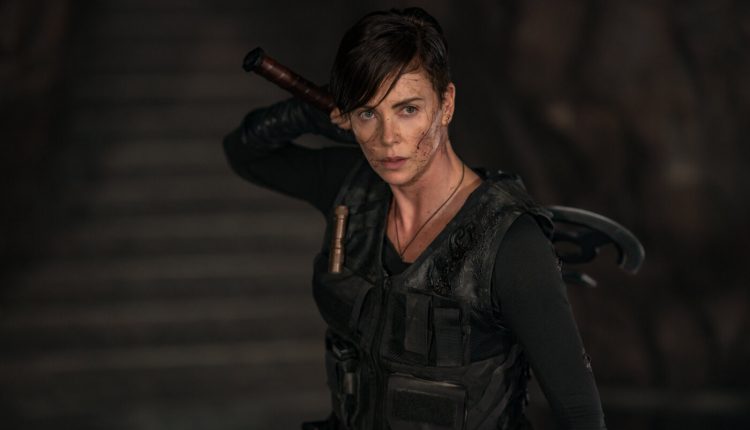 Charlize Theron looks to kickstart a new action franchise with The Old Guard.

Led by a warrior named Andy (Theron), a covert group of tight-knit mercenaries with a mysterious inability to die have fought to protect the mortal world for centuries. But when the team is recruited to take on an new mission, their extraordinary abilities are suddenly exposed. Forced to go on the run, matters are complicated when they discover a new warrior with the same abilities…

A group of immortal beings who have lived for centuries. Having to say goodbye to loved ones as they grow old but they stay the same. Drawn to find each other across oceans of time and history.

If that sounds familiar, it might be because The Old Guard is, for all extensive purposes, a modern day version of Highlander. Except that instead of “there can be only one” it is more a case of “all for one and one for all”.

The team aspect is one of the film’s strengths. The chemistry and camaraderie is evident and there is a nice dynamic to the group, with everyone playing a role. From Theron’s strong leader, Schoenaerts’ world-weary, tortured soul and Layne’s newcomer who is the audience’s conduit into the world.

What is especially refreshing to see is within the group there is a tender, soulful relationship between a mixed race, gay couple which is beautifully played by Marwan Kenzari and Luca Marinelli. Two fighters who have fought, lived and loved side-by-side for centuries.

Hunted by a shadowy organisation led by Chiwitel Ejiofor and, er, Dudley Dursley from the Harry Potter films, The Old Guard are thrown into a series of entertaining action set pieces that are directed with verve and style by director Gina Prince-Bythewood. It is nice to see a fight scene not reliant on a thousand cuts per second or slow motion.

Prince-Bythewood also knows when to sit back and let her star attraction off the leash. The world slept on Aeon Flux back in 2005. However the evidence was there that Charlize Theron would go on to become the most reliable female action star, and star of any gender, of this century. From Mad Max Fury Road to Atomic Blonde, she has proven she can deliver entertaining movies and box office returns.

If the film does have any flaws, it is the jarring music choices used to soundtrack the fight scenes. A collection of pop songs with the volume turned up to 11 feel out of place with the rest of the film. It feels akin to the scenes in Blade Trinity where Jessica Biel plugs in her iPod and listens to a playlist while dispatching vampires.

The biggest criticism one can level at the film is one that is symptomatic of Hollywood at the moment. Rather than focusing on world building, developing the characters and the impetus on the mission at hand, a lot of time is spent setting up details and plot threads that will clearly come into play in the sequels. If this one is a success of course. That is the issue. One that has affected The Mummy and The Man From UNCLE as they tried setting up franchises and shared universes. They hit the ground running before they know they can walk.

There is certainly enough here to merit a sequel. Or even a TV series if Netflix were so inclined. The fact the group have operated in and influenced history for centuries is something exciting to explore.

On paper it looks like a carbon copy of Highlander but Theron and Prince-Bythewood prove you can teach The Old Guard new tricks.

The Old Guard is available to stream on Netflix from Friday 10 July.