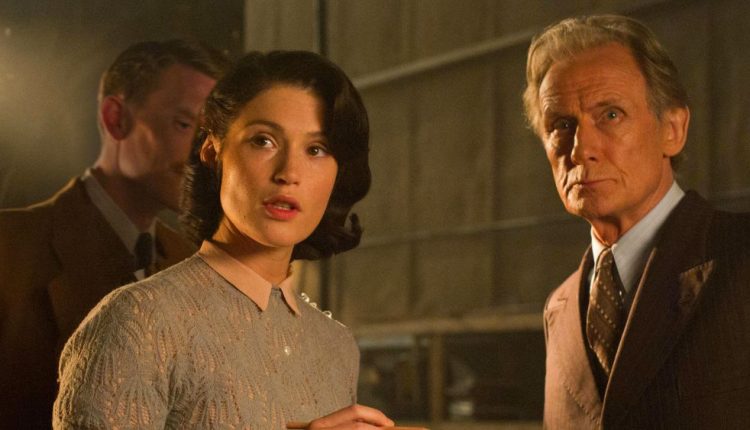 Their Finest is one of those warm, fuzzy crowd-pleasers, radiating a cosy charm as it gently unfurls towards a satisfying climax with the minimal amount of fuss, and where not having enough water to make a decent cuppa is the closest we come to dramatic peril. As with An Education and One Day, director Lone Scherfig is interested in a young woman finding her way in the world, this time following Welsh scriptwriter Catrin (Gemma Arterton), who’s seconded to a government filmmaking unit producing propaganda movies during World War II. At times, the fim’s breeziness can make it feel slight, but more often Their Finest is a handsomely mounted, beautiful acted ode to working women and the power of cinema at a time of great peril that requires a heart of stone to resist.

Based on Lissa Evans’ 2009 novel Their Finest Hour and a Half, the story finds Catrin etching a living in Blitz-era London by working as a copywriting secretary to support her spineless painter-boyfriend Ellis (Jack Huston). Her talent is eventually spotted by Sam Claflin’s sardonic scriptwriter Tom, who offers her a job at the Ministry of Information, writing women’s dialogue for propaganda movies to support the war effort. With a wonderfully vague brief to provide “authenticity with optimism”, Catrin uncovers the story of two sisters who rescued a band of injured Tommies from Dunkirk by piloting their drunken father’s boat across the Channel. The only problem is, the story is massively over-exaggerated. But then, where we would be if we let the facts get in the way of a good story?

Arterton displays beautiful restraint as the clever and industrious Catrin. After landing the opportunity to work on a feature film, the inexperienced scriptwriter is forced to put up with over-sensitive actors, interference from Ministry stooges (Richard E. Grant and Jeremy Irons, both doing deft turns as bureaucratic fools) and blatant everyday sexism (Catrin can’t be paid as much as her much less-talented male colleagues, naturally). Yet Arterton refrains from playing the role as an overt, fist-pumping feminist, which would perhaps feel out of sync with the ‘keep calm, carry on’ tone of the story; instead, she infuses Catrin with a winning mix of steel and warmth as she gradually wins the respect of her colleagues by being really bloody good at her job.

Her’s is but one marvellous performance in a film that seems to have a role for every brilliant actor working in Britain today. Eddie Marsan makes a fleeting yet memorable appearance as uproariously flamboyant theatre agent, Sammy. Helen McCrory is equally delightful as Sammy’s stern sister Sophie. Meanwhile Jake Lacy has an absolute ball playing a lovably lunkheaded yankee pilot who’s shoved into Catrin’s movie in order to garner American support for the war.

What’s most impressive is the unexpected depth which screenwriter Gaby Schiappe instills in all of the characters. Take Claflin’s Tom, for example. At first glance he’s the Ministry’s charmless, haughty head writer who seems to take great pleasure in dismissing Catrin’s dialogue as “slop”, but as the story develops so too does Tom, gradually unveiling his softer, more sensitive side through his maladroit attempts to win her affections. The same can be said for Bill Nighy, who frankly steals every single one of his scenes as conceited old thesp Ambrose Hilliard. While there’s plenty of laughs to be drawn from Hilliard’s theatrical antics (and Nighy milks every last one of them), if you look beyond the boastful visage you’ll find an ageing performer struggling to accept the idea that his days of being the romantic lead are long gone. Now, he’s just a supporting character (“60s, looks older”), hardly memorable and easily replaceable. Nighy plays all these notes beautifully, turning Hilliard into a fully-rounded, heartfelt character rather than just mere comic relief.

Yes, the film stalls somewhat during a second act sojourn to the Devonshire coast, but for the most part, Their Finest is a funny, breezy and entertaining story told with a glowing affection for the creakiness of war-time movies – there’s a few well-meaning jibes aimed at the filmmaking process, including a great matte painting gag. It’s to Scherfig and Schiappe’s credit that this cosiness never detracts from the devastation of conflict. There’s always a nagging sense that grief and tragedy are lurking around every corner, a worry that you could step out of the London Underground and be greeted by a pile of bodies crumpled under the rubble of homes that have been freshly obliterated by German bombers. It’s that feeling which is sensitively played upon in the final act to deliver a heart wrenching finale. Their Finest might not be a film that will live long in the memory, but for two hours it will enthral and amuse before finally moving you to tears. And that’s just fine.

NEWSFLASH! Taking Madonna back to her roots