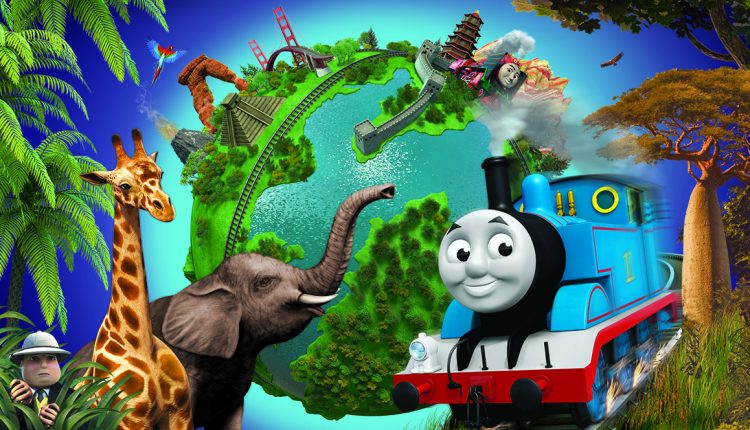 A common complaint about feature-length children’s TV to big screen adaptations is that they’re often nothing more than 3 TV episodes, crudely welded together. Thankfully, Thomas & Friends: Big World! Big Adventures! The Movie, hereby referred to as Thomas & Friends, dodges that bullet(train) and feels like a separate, upscaled adventure to all those early morning Channel 5 shenanigans.

This outing sees Thomas being lured away from his hum-drum existence in Sodor and tempted on a round-the-world jaunt by Ace, a flash, off-road racer who’s been there and done that (and is voiced by Peter Andre). The trip takes us on a journey across 5 continents with Thomas, of course, going on his own journey spiritual journey whilst en route. Along the way Thomas picks up tag-along Nia, whose friendship helps him through some strife. But when it comes to choose? Who will Thomas couple up with…I mean, pick? 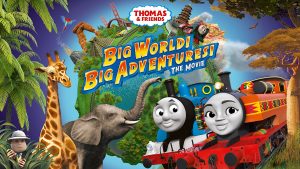 First, the bad news for all the parents: there’s no Ringo Starr narration. There’s not even the Scouse-alike sound-alike that usually accompanies the TV show. If you want more bad news, the theme tune’s long gone too. But the good news is, The Fat Controller is back to being The Fat Controller. Hoorah!

That aside, whether or not the Big Screen feeling is helped or hindered by the lack of characters from the TV series is debatable. We get big and bold new characters, but where’s grumpy-ass Gordon giving everyone grief? Where’s stress-head Henry getting all het up? Where’s Percy being err…just like Thomas but green? In any case, the lack of TV characters somehow makes it feel enough of a departure to warrant a big screen outing.

As a result though, the film rests firmly on Thomas’ shoulders. Which isn’t necessarily a good thing! Was he always this grating? Isn’t he supposed to be the cheeky one? Or the whiney one? To say that Thomas fanboys over Ace is an understatement. He shuns Nia, who is clearly grafting, reliable and most of all, really useful; instead choosing to spend his days telling her that she should jog on. Via song. Thomas himself had me wishing for a rail strike.

But let’s just pretend that Thomas & Friends is not aimed at my particular demographic. It goes without saying that the film looks fantastic, and is given a sense of scale that’s truly impressive. At first, jaunting the five continents seemed like it would be laborious, but each visit feels unique enough to keep the viewer interested, especially as we see The Fat Controller hot on Thomas’ trail, but struggling to cope with the culture shocks as he goes.

Musically, there are several instances where various engines spontaneously burst into song. Each little ditty is fun and harmless enough, if not a little forgettable. There’s no “Let it go!” here, but there’s enough to have the little un’s dancing in the cinema aisle. In addition to that, there’s easily enough entertainment to keep the kids engaged throughout and some moments which had them staring in awe.

Of course, by the film’s denouement, we’re served a handy helping of life lessons which had something to do with accepting others and being yourself, (I think). But more importantly, everyone had a nice time. Come to think of it and with the state we’re in…shouldn’t there be more movies be like that? More movies that are just nice days out? In fact, can somebody just take me to Sodor?

Thomas and Friends is now on general release at cinemas across the UK.