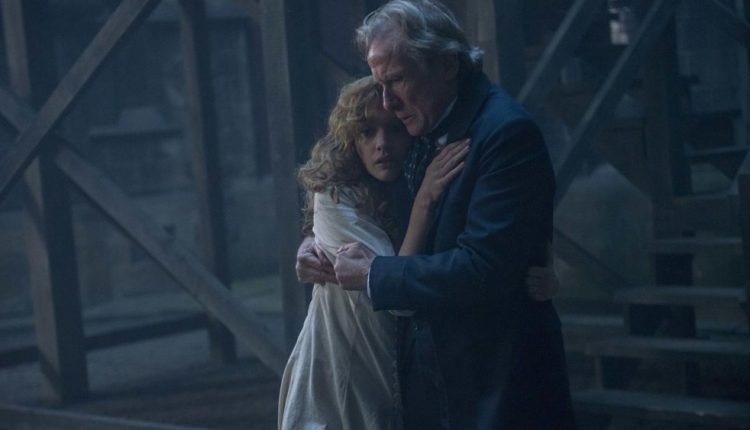 To read popular fiction, or watch television, or films, or any other art form really, you’d think Victorian London was a land of endless murder. While the chances of falling prey to an unfortunate stabbing were certainly higher, contemporary culture revels in it far past the point of accuracy. A lot of this is down to Jack the Ripper, the patron saint of serial killers. He’s not present here but his shadow lurks in The Limehouse Golem, a pallid adaptation of Peter Ackroyd’s much better novel.

Originally Alan Rickman was signed on to play Inspector Kildare, the man tasked with stopping the titular killer. Following his sad death, Bill Nighy stepped into the role bringing his usual combination of dapper attire and languid charm. Kildare’s task is not an easy one. Several people have been comprehensively butchered and Scotland Yard is getting nowhere. He’s thrown the case, his first outside the fraud department mainly because they expect him to fail and don’t want one of their favourites to take the hit. Kildare sits well outside the higher echelons, questions around his sexuality keeping him low on the career ladder.

Running parallel, and sometimes in step with Kildare’s case is that of Lizzie Cree (Olivia Cooke), a popular stage star. Early on she’s arrested for poisoning her husband and if found guilty will face execution. Kildare believes the cases are linked, and sets out not only to stop the killer but also to save her by investigating the stage troupe she operated in.

This gives a very theatrical feel to events. Cockney accents are broad, costumes bold. Director Juan Carlos Medina really plays up the vaudeville stage effect, colouring sets brightly and casting them into looming shadows. Even the extravagance of the sets can’t match Lizzie and her mentor Dan Leno (Douglas Booth) for chutzpah. Both sit firmly in the cheeky chappie larger-than-life category.

Jane Goldman’s screenplay is at its best when operating through Cooke’s energetic performance. As a woman trying to make her way in a man’s world, Lizzie’s beset by problems both distressingly familiar and depressingly unsolvable. She’s meant to sit at least a rung below the men around her, and when she outshines them it leads only to hostility. Dan Leno seems to be the one person willing to take her on merit. There’s a half-hearted attempt to weave homosexuality into the background as well, both through Kildare and the copper assigned to help him played by Daniel Mays. The ambition is admirable, the impact less so.

While this is all well and good, the murder mystery itself goes missing. Kildare wanders around and interviews a few people, never looking interested. Suspects including famous names such as Karl Marx are whittled down amidst bloody reconstructions of the crimes. It’s very flat, each suspect flung by on a conveyor belt. The mystery part is hollowed out in favour of more time with Lizzie and her crew. That would be fine if the plot wasn’t built around catching the Limehouse Golem. As it is, a gaping hole emerges at the heart of the story, one that is harmed further by a wholly predictable series of twists at the end. When the entire endeavour is operated on autopilot, it’s hard to build much suspense.

Put The Limehouse Golem on a mainstream TV channel one night and it will sit comfortably alongside all the other handsomely staged artificial period dramas that make up British television content. Force it to fend for itself in the cinema and it comes up comfortably short. No amount of theatrics can change that.

WIN A DVD OF GREEN ROOM – OWN IT FROM SEPTEMBER 19TH