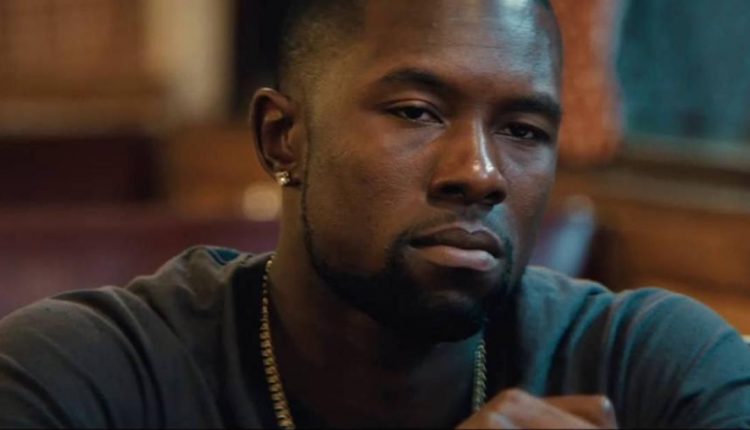 The view we have of ourselves is almost certainly not what other people see. Knowing this doesn’t stop everyone making snap judgements based on cultural and social signifiers. These signifiers are a message in themselves, sometimes a sign of belonging, sometimes a device to hide deeper truths. All of it can obscure the person underneath as Moonlight demonstrates.

Barry Jenkins has only one full feature behind him before but you wouldn’t know it from the accomplished ambition on display here. With quiet grace he deploys a triptych structure to work through the young life of Chiron, a boy from Florida. Told over different time periods we first meet him as a kid (Alex Hibbert) before jumping to Chiron the teenager (Ashton Sanders) and Chiron the young man (Trevante Rhodes). Each segment comes with its own arc, all of them folding into the greater whole.

The contrast across the film is between the Chiron everyone sees, the Chiron everyone expects and the Chiron that exists in his own head. As a small boy he ends up in a dope house, chased by a gang of kids. There Mahershala Ali’s drug dealer Juan discovers him, bringing him home for dinner. He won’t reveal his address, reluctant to go home. Juan and his partner Teresa (Janelle Monáe) feature heavily in this segment, his mother Paula (Naomie Harris) less so. There’s also a first appearance by Kevin (played by Jaden Piner, Jharrel Jerome and André Holland across the segments), apparently his only friend, and more.

It ends, as each section does, on a defining moment for Chiron. He either comes to a realisation or is sent off on a path that will further hone the person we see and the person he hides away. When we meet him as a teenager he’s changed only in subtle ways. The full extent of his mother’s drug habit is revealed, as is the fact she works as a prostitute to fund it. The bullies continue to face him down, more aggressively than before, and Kevin still lurks in the corner of his life. He’ll have defining moments with both before moving forward to his most dramatic outward transformation. The older Chiron, now incredibly buff and decked out in bling, has become Juan. He’s sinister and assertive while remaining withdrawn. Once more there’s Kevin and his mother, once more the past collides with the present to further mould Chiron.

Jenkins deploys a dreamy feel, blurring shots and holding close on faces. Backgrounds float past behind, changing as Chiron does. He asks a lot of his three leads and they all deliver. Shorn of dialogue – Chiron rarely speaks, something commented on by those around him – his turbulent emotions have to come through in the minutest of actions. The set of a jaw or nod of a head show he’s reached a decision, a shift in his focus betrays feelings. All three manage it, giving us the inner and outer worlds Jenkins is so keen to display.

Given the range of issues facing Chiron, it would have been easy to overdose on any one of them. He’s effectively an abandoned child stuck under the same roof as a drug addict who will rob him for a hit. She locks him out when she has paying customers coming over and doesn’t even remember afterwards. He’s also gay, grappling with these feelings as he walks into what could have become a stereotypical gangster lifestyle. Sure older Chiron installs gold fronts and has a mini-crown in his car but it’s no more his defining trait than a love of food.

What Jenkins does is pull all this together to show a boy and then a man of contradictions. He’s complex and confused, trapped in his own head, desperately seeking contact but unsure how to initiate. Life has pulled him places he never expected and it will continue to do so. Chiron is a product of his environment but he is also much more than a series of signifiers. As a gay, black man from a rough neighbourhood, Chiron’s vulnerabilities force him to hide his true self because that’s not what he’s meant to be. Who we are is rarely in complete alignment with what other people expect. The magic of Moonlight comes in showing the whole picture. Chiron is what we see, and so much we don’t.