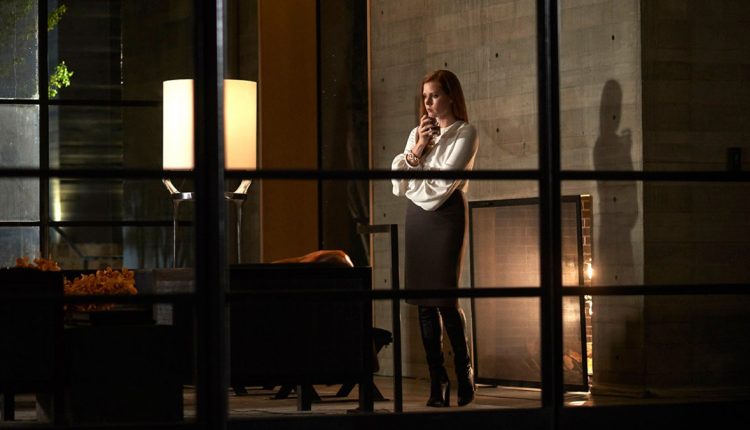 Some people are a little too talented. Not content as one of the leading lights in the world of fashion, and having proven a dab hand at business too, Tom Ford moved to film. A Single Man in 2009 set the bar high, only to see Nocturnal Animals surpass it by some margin. A mix of his previous style with gritty genre trappings and Lynchian excess, his sophomore effort dazzles long and bright.

This isn’t immediately apparent. After an opening title sequence that sees obese and naked older women gyrate to Abel Korzeniowski’s superb score, Ford takes us into the sleek and empty life of conceptual artist Susan Morrow (Amy Adams). She lives in a modern mansion full of straight lines, shiny surfaces and no clutter, and has a bland husband (Armie Hammer). Her new exhibition is a hit, at least according to those around her, and she has plenty to do running a gallery. Yet she’s fallen out of love with art, caring little for her work or life in general.

The aesthetic is comparable to A Single Man only colder, while the sense of aching loneliness is the same. Ford’s shot composition is as carefully selected as before, but this is very much his comfort zone. What happens next is not. Susan receives a manuscript in the post, sent by her ex-husband Edward. He’s just finished his first novel, due to be published shortly, and he wants her to read it. Alone for the weekend she does, plunging into a dark story of random violence and revenge. Jake Gyllenhaal, playing both her ex-husband and Tony Hastings, the main character in the film within the film, is driving across West Texas with his wife (Isla Fisher) and teenage daughter (Ellie Bamber). Out in the middle of nowhere they’re forced off the road by a trio of intimidating thugs, led by Aaron Taylor-Johnson, in an extended scene dripping with tension. Things go wrong and soon Tony is reliant on Michael Shannon’s barnstorming Texan lawman Bobby Andes to right wrongs.

The name of the film is the name of the novel, and also the pet name Edward used to call Susan. She’s proving it here, sitting up all night with his manuscript. Ford uses this device to cut out from the Texan story, matching shots beautifully. Transitions include Susan and Tony bathing, and intertwined bodies that mean very different things. He may line up individual images, but the aesthetic between the two changes. The real world feels smoother and faker, cast in greys and blues. Fictional Texas is full of yellows and oranges, caked in dirt and sweat. If it wasn’t for Shannon’s deadpanning cowboy, the fictional world might seem more real.

The two stories, far apart until they draw closer and start bumping up against each other, create a very surreal, detached world. Ford uses their distance to play with a number of themes. The dedication required to produce great art comes up regularly, as does the self-belief needed to achieve it. Festering wounds from the past, brought about by slights big and little also get an airing. Dark as the subject matter proves, humour pops up frequently. Michael Sheen and Andrea Riseborough have brief and very flamboyant cameos sending up LA cultural life while also pointing out for all their moaning, they live easy lives. He also takes pot shots at fashion, particularly in another cameo, this time with Jena Malone and her space-age clothing.

Given the ambitious nature of the material, Ford sticks to experienced actors. Adams is her dependable self and Gyllenhaal, while not at his blistering best, plays his twin roles with sometimes spectacular effect. The real star though is Shannon, first revealed posing in profile, who takes an earthy and very unorthodox approach to his job. He’s all gruff questions, sharp answers and unexpected action. If ever a supporting role deserved attention, it’s this one.

By the end, Nocturnal Animals starts to add flashbacks to Susan and Edward’s marriage, but it chooses not to unite its strands, preferring to let them drift off into the magical environment established over the previous two hours. No one gets more than a gentle fade to black, the compelling weirdness of the whole affair continuing to linger long after credits have rolled. If Ford’s first film was all about laying down a marker, this second effort not only proves he’s no flash in the pan, it suggests he’s something very special indeed.