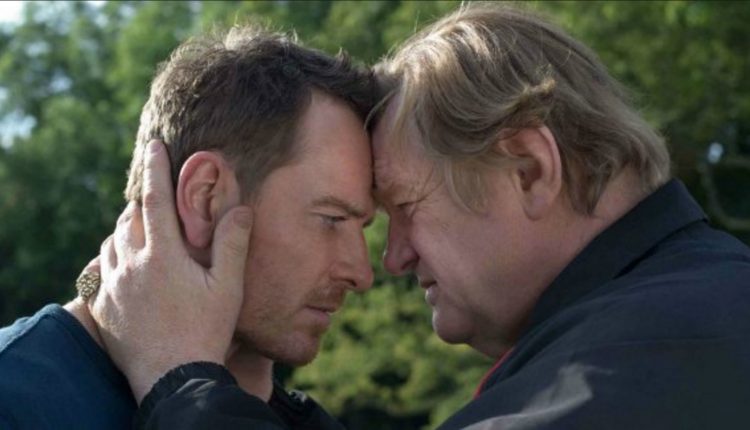 Michael Fassbender has been a lot of things in his career. From androids to demented slave owners, sex addicts and paedophiles, he doesn’t mind taking on a challenge. Chameleon that he is, his turn in Trespass Against Us still comes as something of a surprise. Adam Smith’s debut feature casts Fassbender as the son and heir to the patriarch of a small Traveller community. Torn between his father and the future, he’s stuck with competing visions for his life.

All that state of the soul worrying is for later though. The film kicks off as half the community races around a field chasing a rabbit in a car. Fassbender’s Chad Cutler sits in the driving seat operating the pedals while his young son steers. They race and they swerve and it’s very exciting, foreshadowing even better chases to come.

When not speeding around fields, Chad lives in a caravan with his wife (Lyndsey Marshall) and two children. They’re part of a small encampment that includes his father Colby (Brendan Gleeson), and an assorted collection of others. It’s very much Colby’s camp and he isn’t afraid to make this clear. Every evening around the fire is an opportunity to offer wisdom that includes an unblinking belief in God and a firm conviction the world is flat and schools are a waste of time. Such a waste he never sent Chad to one, leaving his son illiterate. It’s not a mistake Chad wants to make for his own children, packing them off each day against Colby’s wishes.

Trespass Against Us uses growing tension between Chad and Colby to move forward, though it’s not a film reliant on narrative. Arguments over where and how they should live roll on, just another part of the daily routine. Slouching around his caravan chain-smoking, Fassbender is a man stuck on the fence. His family pulls him one way; Colby tries to topple him the opposite direction sending him off on dangerous missions. He races around the local town centre in a stolen car covered in yellow paint. It has misspelt messages calling for the release of Chad’s brother daubed on the side. Colby calls it a protest though really it’s just another chance to rile the police. The chase is fantastic, all revving engines and narrow escapes. It’s topped later by a smash-and-grab on a country house.

Away from the action, Smith and screenwriter Alastair Siddons create an authentic community. Accents are thick and the language is full of almost impenetrable slang. The whole cast throw themselves into it, Fassbender sometimes appearing almost unrecognisable.

It’s not a perfect film. Characters around the edges are given no real personality, and the looming showdown between father and son feels insufficient when it finally bursts into the open. There are several scenes that go on too long as well, particularly in the second half when Fassbender mills about in taxis trying to decide what to do.

Trespass Against Us is ultimately too lightweight to deliver the punch it promises, and drawing out Chad’s dilemma adds little to the tension. That doesn’t stop it being fun though, especially when it jumps behind the wheel.