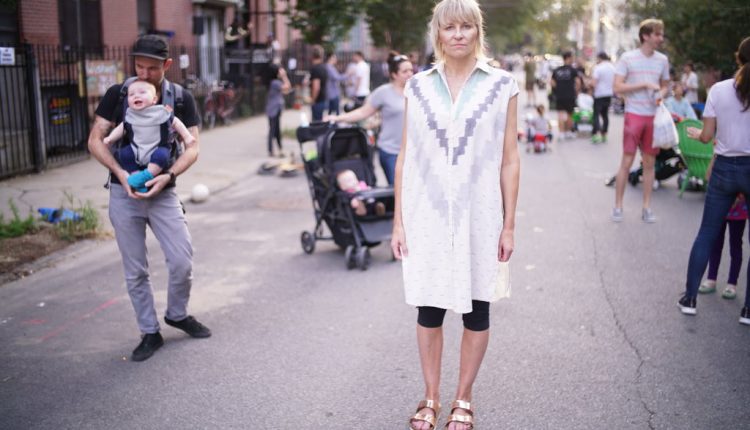 Documentary filmmaker Maxine Trump is certainly one to champion the childless as she defends her personal stance (as well as others in agreement) regarding the notion of deciding to not raising children in To Kid or Not to Kid. The inferred expectation is that women in particular are not complete unless they have these two things in their existence: a man and a child. Well Trump’s justification for challenging this belief system that a baby is not always a solution to the anticipated norms of the female gender is discussed with cogent points of interest.

The pressures that are put on women to produce and nurture youngsters is very daunting in some cases. Sharply observational and engaging, To Kid or Not to Kid takes on the debate at face value by largely questioning the perspectives of women such as Trump whose option “to not kid” should not be looked upon as some radical anomaly. Naturally, the middle-aged Trump is at the mercy of the timing known as the biological clock. Should she strike while the iron is still hot or opt to be independent of not ever attending a PTA meeting in her lifetime?

Trump, a mature women with a lot on her plate professionally and personally, has maintained a rationale for her not having children that is sound to not only her but probably to anybody that has walked in her shoes. This is not automatically reduced to Trump being selfish about her choice to have never changed diapers. In fact, the factors that shaped Trump’s mindset lends a whole new understanding behind her single life without a tyke to embrace. Indeed, we get an up-close look at why women such as Trump may forego the child-bearing experience.

Consequently, To Kid or Not to Kid skillfully tackles the lingering issues about having kids or in the opposing case of Trump not even bothering with the hurdles of child-rearing. The documentary does its share of delving into the fodder of the subject matter courtesy of various interviews, argumentative talking points, and contrary concepts that are presented resourcefully. This is not to say that Trump has not been remotely curious about the trials and tribulations of motherhood. Plus, there is always that possibility of her seizing that moment and crossing over to the other side. Still, time is of the essence for any ambivalence that women such as Trump are contemplating.

Interestingly, we get an intimate peek into what shaped Trump’s outlook in the non-kiddie sweepstakes. It does make sense given the turn of events that determined her liberation from holding court over a household of minors. Trump regales the audience by outlining her privileges in traveling globally and getting to know in depth her immense love for movie-making. Essentially, she found who she was through the liberation of exploration through her craft. Trump admits to being unconventional in her whims for adventure. What also hits close to home is the medical scare she experienced back in her teens that could have impacted her pregnant conditioning therefore allowing her to resist the temptation of even conceiving a child. The psychological uncertainty seemed to have mounted in Trump’s psyche.

To add a whole new dimension to the “no child policy” we witness that Trump is married and that husband Josh Granger has to endure the childless status as well. It is not really clear if Granger is perfectly fine with standing behind his wife’s decision to remain without child or not. Nevertheless, it does make for a unique dynamic that this on-going issue had not really been addressed as a couple.

The mixed signals given off in To Kid or Not to Kid is something to behold because it is unimaginable that Trump and her non-child sympathizers are constantly reminded of the so-called sin in not welcoming a juvenile into their ranks. Whether it be religious reasoning or TV propaganda pushing the need for procreation as a measure of a woman’s self-worth one can see the stress and strain for females to get immersed into the kid-friendly culture. Clearly, Trump has alienated some mothers along the way that cannot seem to comprehend why caring for a child seems so blasphemous in her eyes?

Birth control, sterilization procedures, women without kids scrutiny–it is all played out and Trump’s confusion about taking that giant step into the Land of the Youth is the selling point for To Kid or Not to Kid. Gently witty, perceptive and convincingly introspective, Kid stands in its truth about a different kind of mantle for perceived womanhood. Let us hope that Trump and the countless women on the planet can find resolve instead of humiliation in weighing the pros and cons of welcoming a child’s love when the time is right.

To Kid or Not to Kid