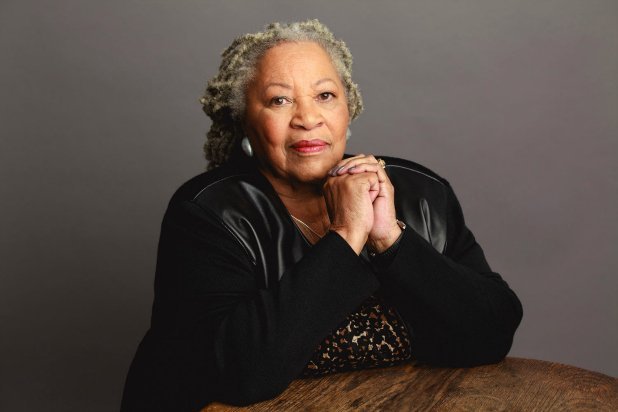 Filmmaker Timothy Greenfield-Sanders’s stellar documentary Toni Morrison: The Pieces I Am is a resonate portrait of an intelligent and defiant woman whose prized creativity in literature had captured the imagination of the public’s unfulfilled psyche. Nobel Prize-winning Toni Morrison is faithfully spotlighted in an intimate and soulful profile of a revolutionary writer that impacted the literary world with her stunning and stark imagery of the African-American experience in adversity, triumph, and absolute truth. Insightful, penetrating and poignant, Toni Morrison: The Pieces I Am is a touching tribute to one of the most prolific writers to ever masterfully put a pen to the powerful written word.

Indeed, Toni Morrison: The Pieces I Am is not a ground-breaking documentary by any means but its true and genuine selling point is the gifted black woman from humble beginnings that allowed her prowess for words and language to not only uplift her legacy in the literary landscape but to also empower readers and transport them into a womb of blistering revelations in indignation and inspiration. Gracefully and profoundly, Morrison’s seminal books have transcended the reader beyond the bounds of black-themed inhumanity. From her breakthrough 1977 written work Song of Solomon to the magnetic novel Beloved from 1988, Morrison has pierced the lingering spirit and potent pathos of her artistic arsenal onto the absorbing pages that have left folks predictably spellbound.

The foundation for Morrison’s backstory is riveting as she recalls her hardened upbringing that would eventually shape her outlook for the allure of literary supremacy. Morrison harkens back to her sharecropper grandfather from Alabama whose main book of influence was the Bible that he read almost religiously (no pun intended). Of course, a black man reading in the America South was both forbidden and ultimately dangerous. Essentially, Morrison’s childhood, family dynamics, ascending writing career, and ultimate achievement in being decorated as one of America’s most distinguished modern writers courtesy of her Nobel Prize in Literature is wrapped up in a declarative package.

Toni Morrison: The Pieces I Am is not particularly an innovative and experimental showcase when it follows its standard execution in spotlighting its extraordinary feminine figurehead and her luminous contributions to the fictional writing genre. Nevertheless, Greenfield-Sanders dutifully parades about the impressive talking heads that give perspective to Morrison’s realm of literary greatness as they confirm the foundation of this remarkably eloquent writer. A notable who’s who of celebrated names from fellow scribers, critics, famous faces in the world of celebrity/entertainment, diehard fans, and scholars chime in to offer their take on an unlikely creative force that took her writing craft by storm late in the game (Morrison was a single mother in her early forties in the 1970’s before she found fame and success). The link to the mystique of Toni Morrison is the acclaimed author herself as she details–through flashbacks and current standing–her colorful rise to the mountaintop of the literature accolades she has collected through her dynamic novels.

Somehow the heralded novelist comes off as an Every Woman whose respectable but low-key professional life seemed rather complacent upon her noteworthy education from the historic black collegiate institution at Howard University. Morrison worked as an English teacher, editor, and advisor for overseeing other black authors before she decided to take on the endeavors of writing her own novels. Morrison’s specialty in delving into the tormented black mindset for the consideration of both African Americans and non-blacks is an undertaking worth its weight in emotional gold.

Even if the consensus was that The Pieces I Am may seem slight in terms of not bringing the full scope to Morrison’s individuality as a woman saddled with uncharted depth and personality the fact remains that her stamp on the consciousness of the human soul is defined through her brilliance as an intellectual artist whose written tapestry has registered with thunderous aplomb.

One of the more detestable tidbits mentioned in Pieces is the overlooked value of Morrison’s enormous talent as a storyteller in her thought-provoking and penetrating books that went largely unnoticed by some of the upper-crust, renowned white establishment and critical sources that dared to not give Morrison her due diligence in literary creativity. Thankfully, the resilient novelist had the backing from influential black authors and other significant supporters whose loyalty and outrage gave rightful heft to Morrison’s reputation as a compelling writer with purpose and power.

Overall, Toni Morrison is a national–if not global–treasure to be admired and adored. Dignified, delightful, and dramatic in her abilities to uplift and represent her unabashed truth through the unfiltered lens of oppression and indescribable optimism, Toni Morrison: The Piece I Am is piercingly effective for its cherished salute to a woman warrior that used her words of wisdom as a wondrous weapon to revolutionize the landmark in contemporary literature.