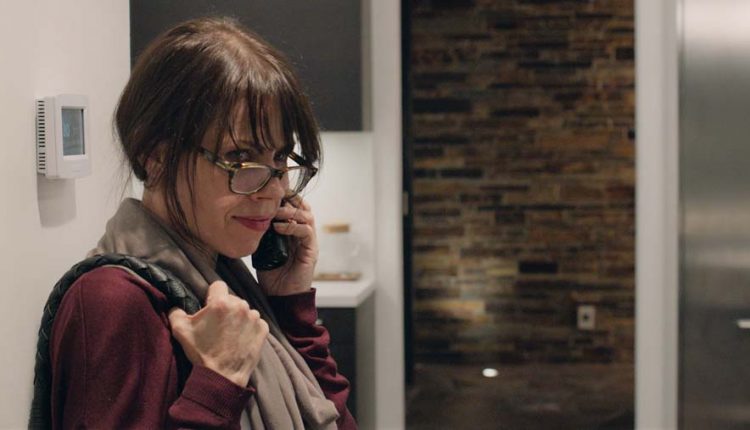 The home invasion genre is once again visited but with a potent twist of debauchery and deception in the slight but transfixing indie psychological thriller Trepassers. Director Orson Oblowitz (“The Queen of Hollywood Blvd”) conjures up an atmospheric cocktail of sordid shenanigans in the middle of a sizzling Southern Californian desert where sexual and drug-induced tensions are ignited by broken pretty people and their tawdry inclinations. Although Oblowitz orchestrates this portrait of a wayward weekend getaway potboiler mired in aimless brutality and carnal naughtiness in follow-the-dots fashion, Trespassers can be commended for its gorgeous sheen as an invasion horror showcase with guilty pleasure allure. Undeniably, this is a pedestrian production at best that does not bring anything distinctive to the percolating proceedings. Still, Trespassers is competent enough to embrace its thrill-seeking mediocrity to the point of stimulating, corrosive curiosity.

Screenwriter Corey Deshon (“Shine”) sets the stylish stage for an arid landscape laced with lurid motivations that is enough to make the audience thirsty for whatever the horrific happenings entail. The spotty script is not what one would call comprehensive and refreshingly calculating. Nevertheless, Oblowitz oversees a glossy seedy session that dabbles in animated violence, raucous sexual experimentation and yes…the masked baddies looking to infiltrate the hedonistic home. Also, throw into the mix the arrival of a woman with an air of mystique and Trespassers capably soars into its brainless, bloody pulp that is indescribably appetizing for the most part.

A personalized setback for married couple Sarah and Joseph (Angela Trimbur and Zach Avery) is causing somewhat of a riff in their marriage. Clearly, they need to experience a getaway where they can relax and reassess their relationship. Thus, a much-needed vacation is in order and it does not take long before Sarah decides to extend an invitation to her best friend Estelle and her boyfriend Victor (Janel Parrish and Jonathan Howard). Sarah has not seen her buddy Estelle in quite some time so the retreat for the couples should be considered therapeutic on all accounts.

The romantic foursome head to the desert town of Mojave where they will share an exquisite yet isolated home in the middle of the aforementioned desert. The personalities of the two couples are quite a contrast. Whereas Sarah and Joseph are much calmer and sensibly low-key the opposite could be said for wild ones Estelle and Victor–a party-hearty pair that embrace titillating sex, drugs, drinking, dancing, and any other kind of raucousness. However, there is a hushed unmentionable that binds the trio of Sarah, Estelle, and Joseph.

Things really start to get interesting when a woman visitor (Fairuza Balk) rings the doorbell. Victor warns about answering the door but Sarah does it anyway. The woman’s backstory is that she is a single mother whose car has broken down and she needs to use the phone so she can get in touch with her son. The prolonged stay by the woman as she pokes into everybody’s personal business through chatter is very suspicious. So where is the woman’s so-called broken car? What about the urgency to meet her son as mentioned? Why all the inquiries aimed at the houseguests? Victor starts to panic. Naturally, paranoia sets in causing understandable discomfort. Ironically, the proverbial snowball starts to roll down the skeptical hill in the confines of the desert. Let the downfall of craziness begin.

Soon, a police call from Sarah to an unassuming shady cop Daniels (Carlos Rota) would lead to the chaos involving masked men accompanying him to the premises where mayhem ensues. The madness is never-ending. The yarn of suspense spins out of control. The nightmarish home invasion will indeed be a memorable misfortune for the intimate quartet that wanted to take a mandatory break from their lackluster lives.

Trespassers adheres to the typical formulaic format of a hysterical home invasion flick. Thankfully, Oblowitz’s flashy flourishes of machete-wielding and gunplay is an over-indulgent brutal constant that strangely registers with hankering intrigue and gory impishness. Along with the mounting body count and other cheap-minded thrills the film does concentrate on the dysfunctional dynamics of the jeopardized vacationers trapped in a house of horrors. Surprisingly, Trespassers is an opulent project with visual punch and not the usual drab-looking ditties that seem to punctuate a majority of break-in home hazard vehicles. There is a sleek essence to this goosebump thriller that feels energized more often than not.

The four main principles are effective as the exposed recipients of the household horrors that persist. In particular, it is nice to see veteran starlet Balk take charge as the mysterious woman on the prowl. Balk has had her share of sensual, offbeat vixens throughout her career as she is equally as devilish in this dash-and-splash spectacle. Trespassers is inspired by its high-wire handy-work of invasion horror but no one can ever claim that Oblowitz’s jittery gem will change the face of this omnipresent genre.