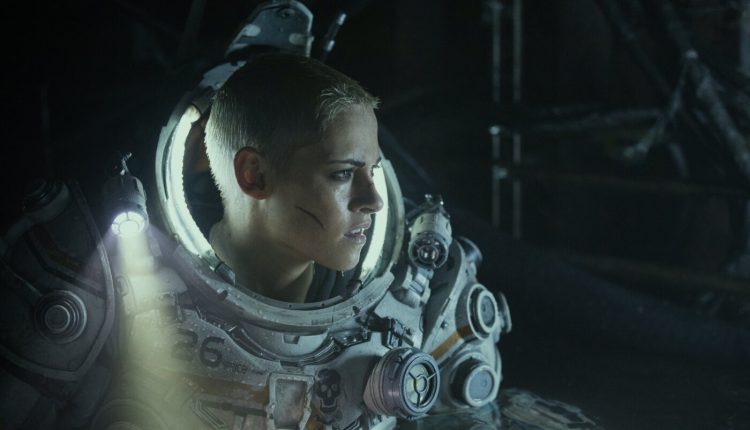 Sadly these words don’t apply to Kristen Stewart in Underwater. As she is forced to go full Ellen Ripley to save herself and others’ lives aquatic.

Stewart is part of a crew of researchers who must get to safety after an earthquake devastates their subterranean laboratory. But the crew has more than the ocean seabed to fear.

This movie’s strengths lie in the ways it leans into, and simultaneously subverts, its genre tropes.

Disaster movies typically kick into gear when the central crisis occurs at the end of act 1. Rather than drowning in a sea of character building and exposition, Underwater has its catastrophe take place around 3 minutes in.

This plunges the audience straight into the deep end of the action alongside the protagonists. All of whom adhere to the archetypes. There is the noble, stoic captain, the wisecracker, the conflicted heroine et all.

Director William Eubank uses tight cinematography and fantastic set design to wring every drop of tension out of the premise. The palpable sense of claustrophobia brings to mind The Descent as the crew are forced to crawl through tight spaces to escape the base before realising they are not alone once the reach the sea bed.

It is fair to say that with no light at the bottom of the ocean, it is very difficult to cast a shadow. Yet this film exists in a large Xenomorph-shaped shadow. The comparisons to Alien are inescapable. From the opening tracking shot around the Kepler base that echoes the Nostromo, to a plot point that allows for characters to strip down to their undies.

Audiences will scream at the screen as the crew postpone their escape to check out a rescue beacon. Or bring a strange lifeform on board their escape pod. It’s like they have never seen any of the movies they are emulating.

Except for Kristen Stewart however, who slips effortlessly into the Reebok shoes of final girl Ripley. As Norah, she starts off as a unsure, fearful character who was at the bottom of the sea to escape life. Faced with certain death, in more ways than one, she finds the inner resolve to tackle her metaphorical and literal demons. Making for a relatable and compelling heroine.

Like the crew attempting to escape from 20,000 leagues under the sea, 20th Century Fox’s final film took a long time to surface. It might not reinvent the wheel but unlike the drilling that initiates the accident, it is neither deep or boring.

Plus it is impossible not to admire a film that is able to remake Alien, Aliens and Alien 3 all in just 95 minutes.

Underwater is a B movie as slick as oil and is a gem hidden in the busy waters of February’s cinematic releases like a rare pearl.