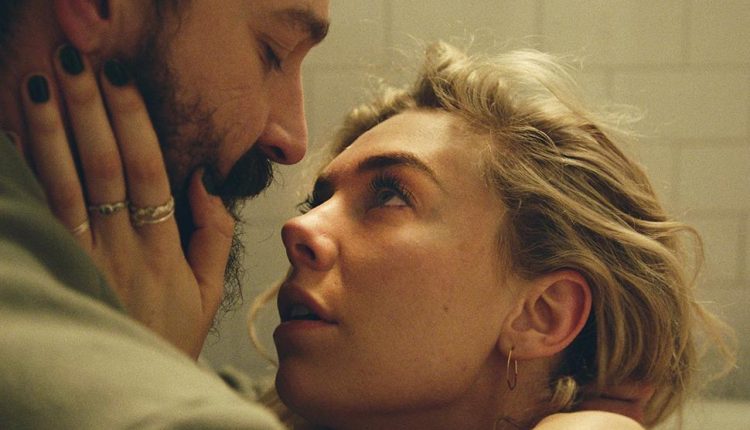 Vanessa Kirby starts piecing together an Oscar campaign at the Venice Film Festival in Pieces Of A Woman.

Martha and Sean Carson are a Boston couple on the verge of parenthood whose lives change irrevocably during a homebirth. Thus begins a year-long odyssey for Martha, who must navigate her grief while working through fractious relationships with her husband and her domineering mother.

Picked up for worldwide distribution by Netflix, this could be this year’s Marriage Story. With Kornél Mundruczó and Kata Wéber’s adaptation of their stageplay, it is a raw and powerful look at a couple trying to pick up the pieces of a relationship, shattered by an unspeakable tragedy.

It is not a spoiler to say the tragedy befalling the couple is the loss of their baby during childbirth. This moment is the focus of the first act. Mundruczó employs his theatrical background and shoots the entire labour and birth sequence in one single astonishing handheld take.

From the initial excitement of the contractions, to the confusion over the last-minute switch in midwives for the home birth. From brief elation to deep despair and heartwrenching pain, the camera captures every moment.

This decision puts the audience right there with Martha and Sean through the whole ordeal. Their loss is our loss and forges a deep emotional connection to the characters.

Vanessa Kirby delivers a raw, tender portrayal that deservedly won Best Actress at La Biennale. Completely numbed by her grief and pain, it is a very internal, unshowy performance for the most part but nonetheless affecting for it. She is the exact opposite to Shia Labeouf who continues his terrific run of form with a performance that is very external. A ball of energy and anger that is actively looking for someone or somewhere to channel his emotions. With Martha effectively putting up a wall between them, it drives them further apart.

This perceived inability to grieve leads to a showdown with her mother played by Ellen Burstyn. She unleashes a blistering and scathing tirade against her daughter because, in her eyes, she is not dealing with her pain in the correct way. It is an incredibly powerful moment that could land Burstyn a Best Supporting Actress nomination for that scene alone.

This portrait of a woman picking up the pieces takes place over several months. Each day beginning with a shot of the bridge Sean was building nearing completion. The metaphor of building bridges whilst in reality, Martha’s bridges are being burned is a little heavy handed.

The final act which sees Martha come face-to-face with the midwife in court tips over from the theatrical into the melodramatic. There is also one piece too many with one particulat subplot that could have been cut entirely.

None of that however takes anything away from the sheer power and intensity of the acting on show. Expect Pieces Of A Woman to be a major piece when Awards season comes around.