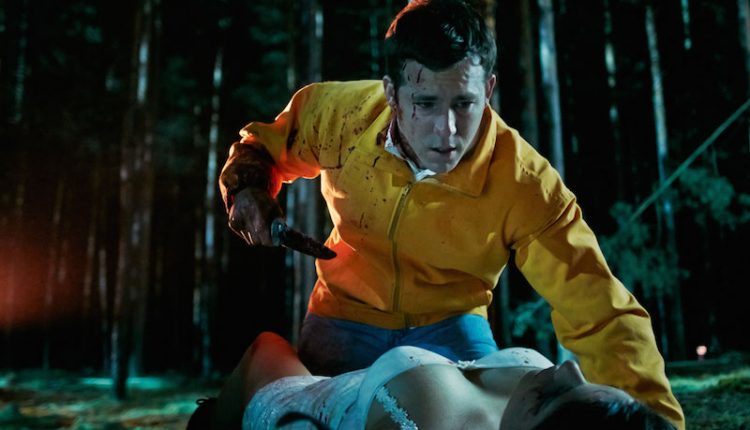 After the wonderful Persepolis and Chicken with Plums, Iranian-born French author/illustrator/director Marjane Satrapi has been relatively quiet on the filmmaking scene.   After her first live-action directorial feature, the 2012 film Gang of the Jotas, Satrapi follows it up with one of the highlights of Sundance London 2014.

The Voices stars Ryan Reynolds, who plays Jerry, a simpleton who works in a bathtub factory.  He is also a psychopath.  Instead of taking his medication, he openly converses with his evil cat Mr Whiskers and kind-hearted dog Bosco.  Developing a crush on his colleague Fiona (Gemma Arterton), Jerry attempts to get to know her better but when a romantic evening goes awry, his mild-mannered exterior begins to crumble under his homicidal urges.

Like 2004 rom-com-horror Shaun of the Dead, Satrapi’s feature is a cinematic mashup – a dark comedy-horror that is designed to both entertain and horrify audiences.  Unfortunately in this case, this creates a sense of ambiguity around the film and its characters.  For instance, Jerry is a nice enough guy but he is actually a psychopath; the cat is cute but twisted.  At the end of the day, there is a fine line between entertainment and disgust but Satrapi has intentionally blurred it, leaving audiences perplexed.

Having said that, the performances and the style of the production is fantastic.  Satrapi shows herself as a hands-on director, choosing to ditch the green screen and use simple camerawork to pull off the humorous yet grisly scenes, especially those featuring Jerry and the contents in his fridge, topped up with a splash of candy pink to brighten up this seemingly dull Michigan town.  When it comes to the cast, Reynolds breaks away from the tough-guy roles to portray the troubled Jerry with incredible ease and impressive vocal talents.  The supporting cast, including Arterton, Anna Kendrick and Jacki Weaver, plucks Jerry’s strings emotively and mentally, portraying them as the unknowing puppeteers in this twisted tale.

The Voices looks great and Reynolds puts in his most memorable performance to date, but the clincher is the catchy song and dance number at the end. It is this year’s ‘Come and Get Your Love’.

The Voices is out in UK cinemas on 20th March.

The name is ambiguity ………

The Nazis are coming ……. again!