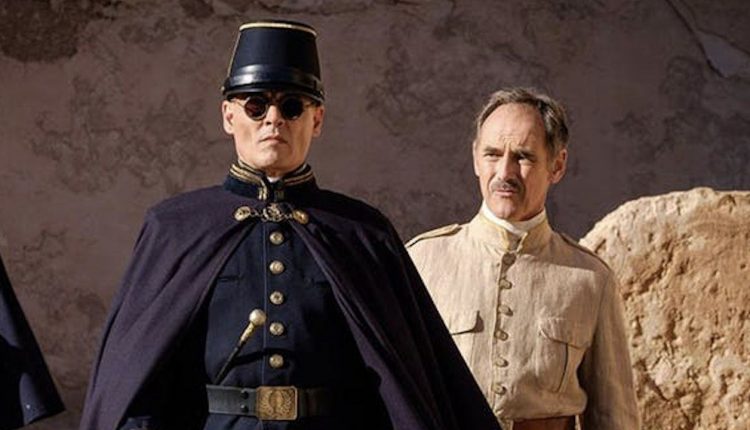 Waiting For The Barbarians (2019) Film Review

Having already inspired an opera and a stage play, J.M Coetzee’s novel, Waiting For The Barbarians, now comes to the screen with a script by the author himself. Experiencing this tale purely in the form of this movie adaptation, directed by Ciro Guerra (Embrace Of The Serpent), may make one wonder why it has invoked so much creative interest.

Mark Rylance plays the unnamed Magistrate, who is in command of a colonial outpost in a location and time which are unspecified. His relatively peaceful life is disturbed by Colonel Joll (Johnny Depp), who arrives to investigate reports of unrest. A man who leads by oppression, he warns the Magistrate about the perceived growing threat of an uprising by the region’s natives, termed as barbarians. The inhumane means by which he aims to prevent this horrifies the Magistrate who later takes in a girl (Gana Bayarsaikhan) who has been a prisoner of Joll. When he decides to return her to her people, this results in reprisals against him.

Mark Rylance’s ability, as a stage actor of greatness, to imbue his film performances with effective subtlety continues to impress. His study of a decent, morally conflicted soul is artlessly affecting. With little screen time, Johnny Depp is almost back to form in a role which could have been risible in other hands. Robert Pattinson, as Joll’s right-hand man, avoids pantomime villainry while Gana Bayarsaikhan is quietly arresting as the girl, who like the Magistrate is also nameless. Greta Scacchi is underused as one of the Magistrate’s loyal staff members.

Ciro Guerra’s appropriately bleak movie has much to recommend it. The cinematography by Chris Menges (Local Hero) is ravishing, the score by Giampieri Ambrosi is richly atmospheric and performances are uniformly good. Its topical moral themes fail, however, to engage due to slow pacing, rendering the film laborious and uninvolving. It is also undermined by an uneven screenplay, which devotes itself primarily to the Magistrate leaving the other characters underwritten and ill-defined.

Overall, Waiting For The Barbarians is a visually stunning but ponderous drama. J.M Coetzee’s powerful and allegorical original story deserves a more compelling incarnation than this.

Waiting For The Barbarians is available for digital download from 7 September 2020.