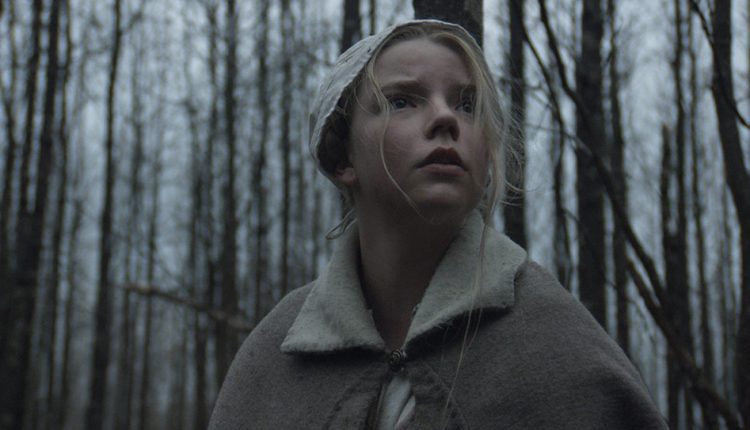 Sparse, fantastically eerie and boasting a hellish sense of isolation, this understated horror from debutante Robert Eggers is hypnotically unpleasant and absolutely superb. There’s such a peculiar sense of otherworldliness at work here, that for a long while after watching I felt completely dumbstruck. Eggers has managed to create something that feels so totally strange and so seemingly out of place that it feels completely unnatural.

Set in 17th Century New England, we see a family of Puritan Christians excommunicated from their village and forced to scratch out an existence miles away from their fellow pilgrims. Settling on the edge of a vast forest, the family runs into trouble, and begins to awaken a disturbing force, when their baby son literally disappears from under the nose of their eldest daughter Thomasin (Anya Taylor-Joy).

Following the baby’s disappearance, the family unit begins to fall apart in earnest. Mother Katherine (Kate Dickie) despairs and throws herself into grief-ridden prayer while brother Caleb (Harvey Scrimshaw) worries that his unbaptised infant brother has not entered heaven. As their father William (Ralph Ineson) attempts to drag his family out of the mire, a series catastrophes befall the family as he has a hunting accident, their crops fail, their goat’s milk turns to blood and the children appear to become affected by witchcraft.

Eggers isn’t afraid to let his movie simmer away without resorting to cheap trickery or the predictable jump-scares of many a modern-day horror. Without plastering the screen with immense gore or hair-brained set-piece nonsense, Eggers crafts a feeling of intense unease and wrings an immense amount of terror out of his minimalist story. The movie opens with the image of some scene of wood-cut terror that seems to anchor the film in the past. Filled with archaic, sometimes jarring dialogue, and complemented by a wildly sinister soundtrack, The Witch is so absorbing you feel like you have been lost in the past along with its characters.

Every second of this fantastic, utterly unusual movie feels positively clammy with dread. Dickie gives a magnificently hysterical performance as bewildered and terrified mother filled with blinding religious zeal. Ineson plays the father figure with authority tempered by fear and fading hope while Taylor-Joy steals the show as the daughter with a clear head whose reasoned pleas her mother seems to dismiss.

Perhaps best of all is the fact you never really seem to know where the movie is going. I half expected it to be one enormous bait-and-switch that pulls the rug out from under its audience. Its final destination is so simultaneously despairing and thrilling, that I was unable the think of anything for days after it ended.

The Witch feels like some diabolical hybrid between a waking nightmare and a gloomy, shocking piece of immersive art. It’s so devilishly unusual that I couldn’t tear my eyes away and never wanted it to end. For a film that’s also so downright creepy, that’s an amazing achievement.