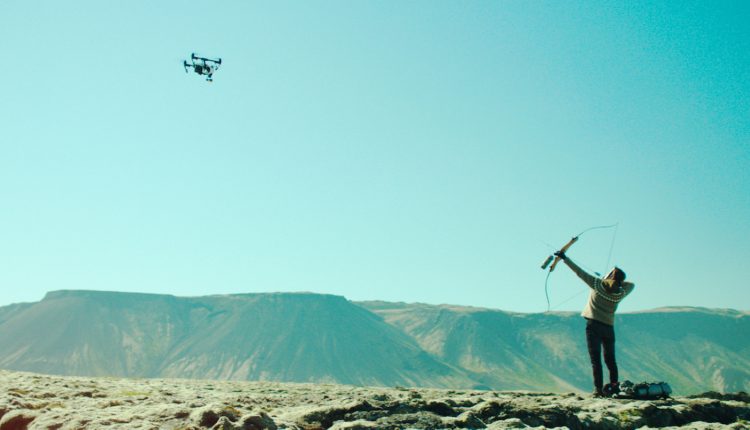 The film focuses on 50-year old environmental activist Halla (Geirharðsdóttir) who routinely disrupts the operations of a local aluminium plant by destroying electric pylons. As the government tries to discredit her actions and capture her, Halla is forced to re-evaluate her priorities when she receives approval to adopt an orphan in Ukraine.

The engaging Geirharðsdóttir steals the show as strong-willed Halla, who is quietly determined in her mission. In her normal life as a choir conductor, her upbeat demeanour is a far cry from her vigilante alter ego, which not only minimises suspicions but makes a humorously hapless Spanish tourist (Juan Camillo Roman Estrada) an unwitting subject of police victimisation.

However, as her mission goes on, it’s evident that her political agenda stems past the issue of environmentalism. The narrative starts off light-heartedly but when her empowering manifestos signed by ‘The Mountain Woman’ lead politicians to make her a disrupter of society, she predictably becomes a scapegoat for Iceland’s potentially damaged reputation. Despite her best efforts, her motivations ultimately become lost amid a political scandal and she is written off as a terrorist.

Although the screenplay is minimal, it adds some much-needed tension to the film as it is practically dominated by eccentricity. Woman at War features a potentially strong political message, as well as an endearing environmentalist as a protagonist. However, any further plot or background development are brushed aside by offbeat comedic moments or the folk musicians and singers lurking in the background.

What Woman at War succeeds in delivering is an organic, stunning film, thanks to Bergsteinn Björgúlfsson‘s beautiful cinematography and Erlingsson’s considerate direction. The sweeping landscapes consistently provide audiences with a visual reminder as to Halla’s mission and such a variety of vast open spaces, the film wonderfully captures and promotes Iceland’s natural beauty.

Overall, Woman at War almost buckles under consistency and tonal issues but Geirharðsdóttir’s performance ultimately it a delight.

Woman at War is out in UK cinemas on 10 May.