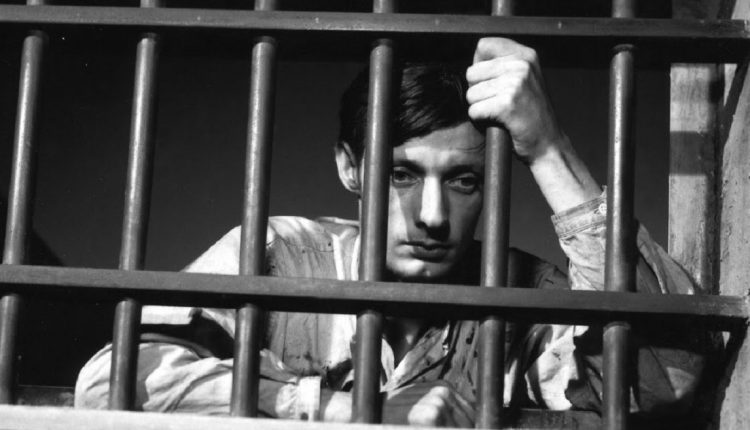 Based on the memoirs of André Devigny, A Man Escaped is a tense and riveting prison movie that both follows the formula that viewers will know so well and also utilises the time and place to deviate slightly from many other films of its kind. I admit that I hadn’t even heard of this before – probably much more to do with my ignorance than to do with the reputation of the film – but it’s one I can now happily recommend to people who have enjoyed the likes of La Grande Illusion, Papillon, Escape From Alcatraz, and The Shawshank Redemption.

François Leterrier is Fontaine, a Frenchman who has been captured and imprisoned by the occupying Nazis. During his incarceration, and despite knowing the obvious risks involved, Fontaine uses up most of his time planning an escape attempt. Not only must he source all of his tools from the environment around him, but he must also cover up any traces of his work until it’s actually time to break free.

Directed by Robert Bresson (surprisingly, this is the first of his films that I have seen),who also adapted the source material into this script, A Man Escaped manages to remain tense throughout without ever sacrificing a sense of realism. The very nature of the main premise makes every decision, every chance taken, a life or death one, and this is something that viewers are kept reminded of at all times.

The cast all do a very good job, with most of the movie resting on the shoulders of Leterrier (who complements the script perfectly with his calm and natural performance). Other standouts include Jacques Ertaud and Charles Le Clainche, although that’s mainly due to the characters that they’re playing, as opposed to their actual level of acting.

Reading up further on the film, I discovered that it was shot in the exact same prison (Montluc Prison) where Devigny had been incarcerated. Not only that, but Bresson was loaned the hooks and ropes that had actually been used in the main escape attempt. Although these touches may not necessarily improve a viewing experience for everyone, they’re symptomatic of the care taken by Bresson to get things told in the authentic and straightforward way that ends up serving the story best.

A great film, and a great testament to the tenacity and courage of the many prisoners who ended up in the hands of the Nazis, far too often with fatal results.