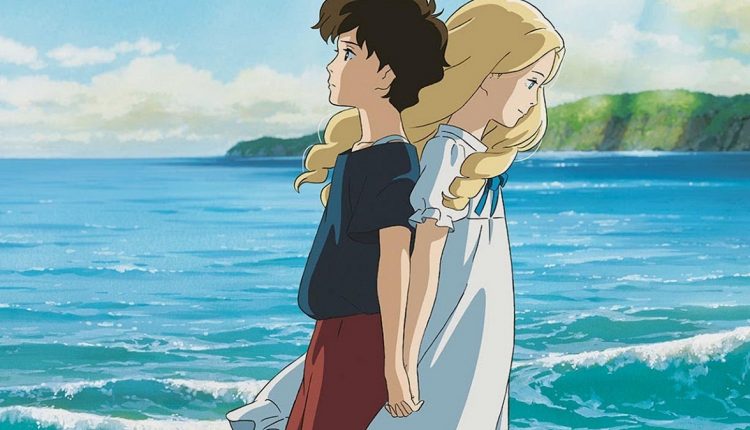 It often takes me just as long to think of the contenders for World Cinema Wednesday as it does to write the reviews. Do I simply include all non-American and non-UK films? Are films from Australia and New Zealand not allowed, due to the fact that they tend to be populated by people speaking English? And then sometimes I start to watch a film that I realise I am silly to pass up as a World Cinema Wednesday choice. When Marnie Was There fell into the latter camp.

While I tend to avoid detailed reviews of films that I may be interested in, I equally tend to have general ideas about most cinema releases. It’s how I go about making blind purchases for my ever-growing movie collection. When Marnie Was There was praised, in most quarters, as yet another gorgeous work of art from the acclaimed Studio Ghibli. And, let’s cut to the chase, it pretty much deserves all of the praise that was heaped upon it.

There’s the usual level of gorgeous animation that viewers have come to expect from the studio, and the usual view of life through the eyes of children, but this is a tale more grounded in reality than many of their previous releases (unless I am forgetting some obvious ones). And I’ll admit that I was struggling to keep my eyes dry during the final 15-20 minutes, when everything comes together to beautifully explain the motivations for all of the main characters.

Anna is a young girl who is sent away by her guardians, for the sake of her health, to stay with Setsu and Kiyomasa Oiwa. Despite some trouble fitting in with those around her, Anna seems to enjoy her new surroundings. And she finds more happiness when she encounters Marnie, a young girl who seems to inhabit a nearby, abandoned mansion. With Marnie by her side, Anna visits the mansion and finds that it actually has a lot of people living there. Or does it? Perhaps Anna is imagining a better place for herself, with a good friend by her side. Or perhaps there’s something else going on, something more important for both Anna and those who want to be a part of her life.

Directed by Hiromasa Yonebayashi, who also co-wrote the script with Keiko Niwa and Masashi Ando (adapting the novel by Joan G. Robinson), When Marnie Was There is almost flawless animated entertainment. The only major downside, for those making any viewing choice for family film night, is that younger viewers may not find quite enough here to keep them engaged throughout. Of course, that stems from the assumption that all animated movies are aimed at children. Which isn’t necessarily true, although I do think patient viewers aged 10+ will find a lot to love here.

The voice cast does a fine job. Sara Takatsuki and Kasumi Arimura play Anna and Marnie, respectively. Nanako Matsushima is Yoriko Sasaki, the guardian who has to make the tough decision to move Anna, in order to improve her health, and both Toshie Negishi and Susumu Terajima are easy to like as the easygoing and supportive Mr and Mrs Oiwa. There’s also a dubbed version of the film available, adapted by David Freedman, featuring the talents of Hailee Steinfeld, Kiernan Shipka, Geena Davis, John C. Reilly, and more.

I could go on and on about this film, heaping more and more praise upon it and discussing the way in which it deals with issues of mental health, abandonment, family units, and friendly guidance. But the best thing to do is just to recommend that others watch it as soon as possible. You won’t regret it.