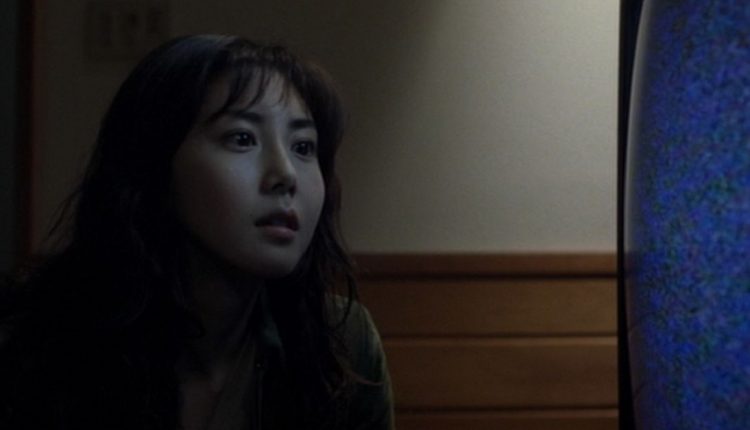 People often, and rightly so, credit Ringu with the boom in J-horror, as it came to be known, that kept many fans very happy during the turn of the 21st century. It came along at just the right moment to remind audiences that big scares can be achieved without relying on blood and guts. The success of Ringu led to a warm welcome for movies such as Ju-On: The Grudge, The Eye, Dark Water, Audition, and many more. And then there were the sequels, remakes, and spin-offs. A pretty good result for what is essentially a riff on Casting The Runes.

The basic plot, for those who are somehow still unaware, revolves around a dangerous videotape. Once you play and watch this thing you will receive a phone call, a message that you will die in seven days. Investigating the strange deaths of some teenagers, reporter Reiko (Nanako Matsushima) stupidly watches the tape and so ends up with seven days to figure out how to save her own life. She ropes in assistance from her ex-husband (played by Hiroyuki Sanada), who also watches the thing. As if that wasn’t bad enough, her young son (played by Rikiya Ôtaka) ends up also watching it. At this point, Reiko may as well start charging rental fees and passing it around to everyone. Instead, she chooses to focus on investigating the source of the tape and trying to break the deadly chain.

Based on the novel by Kôji Suzuki, writer Hiroshi Takahashi has written a script that nicely intertwines some mystery elements with a central strand of outright horror. There are one or two pieces that don’t fit as perfectly as they should, but that’s easy to forgive when the rest is worked out so carefully. It also helps that the finale all builds up to a memorable set-piece revealing the consequences of watching the tape and reaching the given (literal) deadline.

Director Hideo Nakata has a filmography steeped almost completely in horror, but not all of them work half as well as this one. Dark Water is the other title I would recommend to fans of this film, but something like The Complex shows that not everything he helms is worth your time (but it will almost always be sold as “from the director of Ring“). None of that matters, however, when looking at this specific film. All that matters here is that he took the material and made something memorable and truly scary with it. Something that would prove hugely influential, in terms of both the imagery used in horror movies worldwide and also the extra exposure since given to horror offerings from all around the world, the films that often work as a gateway for fans who then go on to explore further afield and deeper below the mainstream surface.

Matsushima, Sanada, and Ôtaka, all do well in their roles, and it’s quite the feat that audiences care for them throughout despite the obvious stupidity of actually watching the videotape, but I’m also going to take a moment to compliment Rie Ino’o, who isn’t always given due credit. She plays Sadako, the creator of the tape, and gives an enjoyably creepy performance, despite most of it being reduced to the standard Japanese trope of the ghost with long, black hair.

Some people will tell you that you can skip this movie and enjoy the remake instead. They’ll say that it’s a rare case of the remake being better. I disagree. This is the best telling of the story, this is the starting point, and this is the one you should watch before checking out any of the others (although I do actually prefer the remake of Ju-On: The Grudge, perhaps more on that some other time). Watch it, enjoy being scared, and then get others to watch it. It seems only fitting.