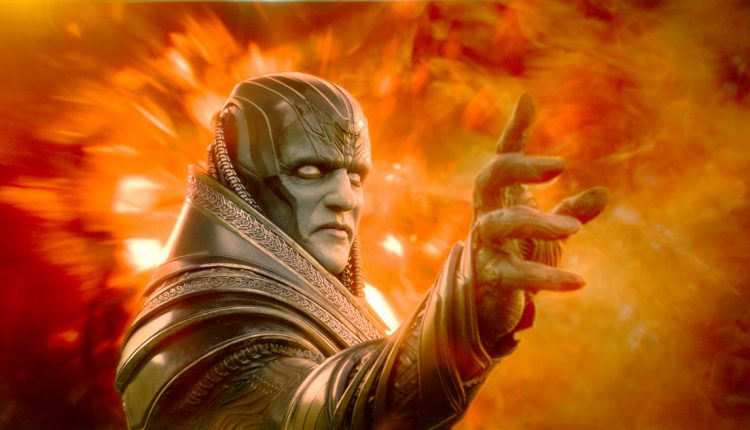 In 2004, Bryan Singer left the X-Men franchise in favour of the ill-fated Superman Returns, which resulted in Fox terminating his production contract and Brett Ratner signing up to direct the lacklustre X-Men: The Last Stand. 12 years on, Singer reunites with screenwriter Simon Kinberg to release the threequel fans have been waiting for since the end credits of X2.

Set in the 1980s, X-Men: Apocalypse focuses on En Sabah Nur / Apocalypse (Oscar Isaacs), an ancient mutant who awakens after being buried for centuries and is determined to ‘cleanse’ the Earth of humanity, recruiting Erik ‘Magneto’ Lensherr (Michael Fassbender) and pickpocket Ororo ‘Storm’ Monroe (Alexandra Shipp) as two of his followers, the Four Horsemen. It is up to Charles Xavier (James McAvoy), his friends and students, including Jean Grey (Sophie Turner), Scott Summers (Tye Sheridan) and Peter ‘Quicksilver’ Maximoff (Evan Peters) to stop them.

After 16 years of X-Men films, it is becoming harder to refresh the same story. X-Men: Apocalypse suffers from the same issue; with its simplistic story, it is weighed down by comparisons of its predecessors. Unfortunately, once an element has been seen (such as emotionally driven bursts of power, mutants vs. mutants), similar scenes need to be more, or equally, memorable but here, they fall short of expectations.

In addition, Isaacs’s prosthetic-laden Apocalypse feels like a one-dimensional villain. With his cliché ambitions of world domination, he doesn’t bring anything new to the table, and the fact that he needs the strongest mutants to ‘support’ him waivers the illusion that he is an all-powerful mutant. With that in mind, he dominates being the bad guy while his Horsemen (and their more visually pleasing powers) don’t get much of a see-in. The vast amount of visual effects is occasionally eye-watering, and considering most of the characters have already graced the silver screen in one way or another, the film delivers no surprise character developments here either.

However, Singer and Kinberg make the most of what they have. Incorporating the groovy 80s style, they manage to balance the lengthy screen time among their ensemble cast with newcomers dipping their toes into the superhero pool. McAvoy and Hoult comfortably settle back into their roles, while Lawrence relishes her expanded role, giving Mystique a more complex, evocative role than just being eye candy. More established characters such as Storm, Cyclops and Nightcrawler (Kodi Smit-McPhee) contribute something to the piece – humour, emotion, quirkiness – while bringing the story arc full circle. In effect, Singer and Kinberg blends the past, present and future into one lengthy film, but it ultimately feels like it relies on too much of the past to see it through.

The end result is a fun though chronologically and visually chaotic instalment, which fails to match the brilliance of Singer’s previous features.