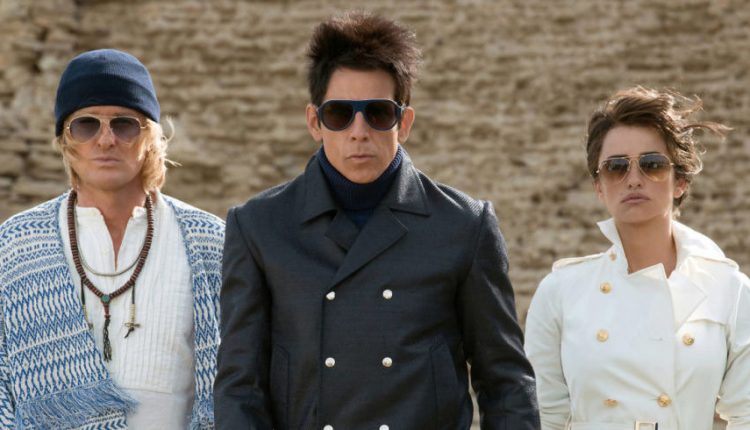 Ben Stiller returns as director and title character in the remarkably unfunny sequel to his 2001 hit.

It was fifteen minutes into Zoolander 2 before the first murmurs of amusement and it felt like another half an hour before the first incidence of actual laughter. Yes, Zoolander 2 is that unfunny. Back in 2001 when we were first introduced to Stiller’s idiotic male model, while not feeling particularly fresh, it was a funny movie with a great ensemble cast and a few mildly amusing cameos. Well now, fifteen years later, it certainly isn’t fresh and the number of cameos has tripled without adding anything of value.

The cameos are irritating then, but a little less tiresome than the central cast; Ben Stiller, Owen Wilson and Will Ferrell deliver mirror performances to theirs in the original. Penelope Cruz turns up as a new love interest for Stiller, adding cleavage but no laughs. And the completely misused Kristen Wiig portrays the new villain Alexanya Atoz, whose sole joke is that she pronounces words badly – surely a character you’d find on the ‘Allo ‘Allo! cutting room floor.

The little story that there is, something involving the fountain of youth, is not only forgettable but tossed away by the film itself. In one scene characters openly admit that a whole section of the movie didn’t have any relation to anything. Now you could get away with this if you made it remotely funny but… well… they didn’t.

I did laugh once but didn’t join in with the biggest laugh of the evening, a rather un-tasteful miscarriage joke made by Kiefer Sutherland which personally made my skin crawl.

In the year 2030 when Zoolander 3 is released I will be avoiding the cameos of Billy Baldwin, Radney Quaid and Bez by simply not going to see it. I suggest you avoid Zoolander 2.