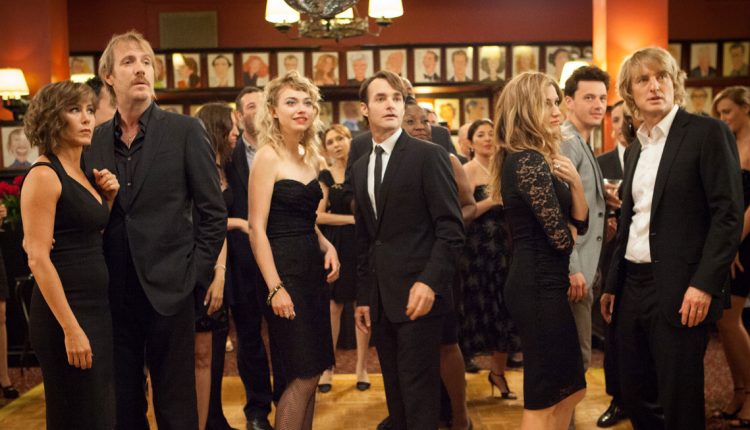 Peter Bogdanovich has directed some great movies in his career. The Last Picture Show is a particular favourite of mine, but it’s worth remembering the likes of What’s Up, Doc? and Paper Moon. Some have a soft spot for Targets, and he tugged heartstrings with Mask. But those movies were a long time ago. That’s not to say that he’s done nothing worthwhile in recent years. I haven’t seen many of his later movies, yet I have gathered that nothing comes close to those early years of greatness.

She’s Funny That Way isn’t going to encourage me to check out more of his output. With the greatest of respect to Bogdanovich, it’s a terrible film.

The story is being told to a reporter (Illeana Douglas) by Isabella Patterson (Imogen Poots), a young woman who works as an escort (or, as she calls it, a muse) while trying to make it in the world of showbusiness. She ends up affecting the lives of a number of men. There’s serial adulterer Arnold Albertson (Owen Wilson), decidedly sweet and downtrodden Joshua Fleet (Will Forte), and an obsessed wannabe-beau in the shape of Judge Pendergast (Austin Pendleton). The ripple effect causes upset for a scheming actor (Rhys Ifans), a betrayed wife (Kathryn Hahn), and a selfish and insensitive therapist (Jennifer Aniston).

Bogdanovich, who also co-wrote the movie with Louise Stratten, is obviously aiming to recapture some of his former glory here. Sadly, it would seem that memories of his former glory have been confused with numerous Woody Allen movies that he may have seen over the years. Many “Woody-isms” are on display: the numerous men enchanted by one woman; the male lead being unfaithful but in a way that’s obviously romanticised; the talented artist having his wings clipped; even the cast full of stars clearly pleased to be working with such a well-respected Hollywood talent.

The cast all try their best, but nothing they can do can really compensate for the tired, weak material. Poots, as much as I like her onscreen, is woefully miscast here. She’s been too young and pretty in far too many movies recently to convincingly “slum it” in this role (a fact made even harder to overlook by the additional miscasting of Cybill Shepherd as her mother – although Richard Lewis, as her father, can manage it). Wilson does his usual thing, Ifans, Aniston and Hahn are the star players, and everyone else just turns up and does what’s asked of them.

Some may view this as a lovely, comedic ode to a simpler time, cinematically speaking, and it was obviously intended that way. I can’t help but view it more as a tired throwback crafted by people unable to tweak their material for modern cinema audiences. Worst of all for a comedy, there aren’t even many laughs.