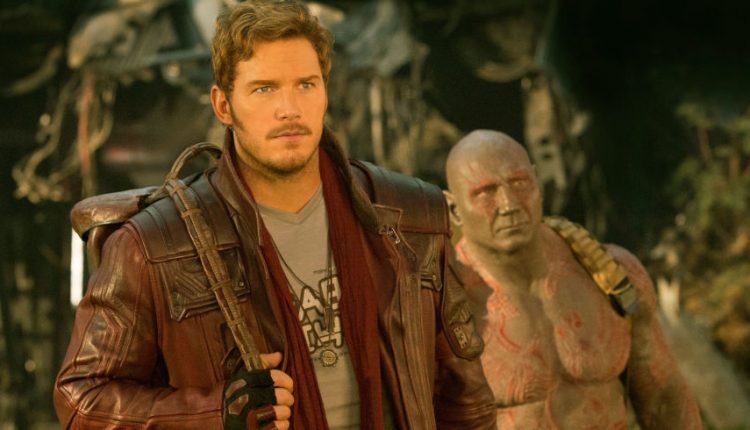 Almost three years on, it’s easy to forget that Guardians of the Galaxy was supposed to be a gigantic flop. How could a movie starring a talking raccoon, a sentient tree, a green alien, a former pro-wrestler and that tubby guy from Parks and Recreation possibly compete with established box office behemoths like a billionaire who wears a flying suit or an Aussie surfer who plays with a magic hammer? Yet, in what could perhaps be seen as an epic foreshadowing of Brexit and the rise of Trump, those doubters were proved spectacularly wrong. Combining a delightfully deranged sense of humour, 80s-tinged visuals, and a ragtag group of loveable rogues, Guardians wormed its way into the hearts of even the most pernickety of Marvel fans.

But now the sequel beckons, the question looming over the Guardians’ much-anticipated return is: can the team recapture their underdog charm now that everyone is expecting them to succeed? Happy to report that, while it doesn’t feel as exhilaratingly fresh as the original, writer-director James Gunn has crafted a dazzling, witty follow-up that doubles down on all the quirky elements that made the first film such an unexpected thrill and delves even deeper into this band of endearing outsiders who gallantly protect our universe (in exchange for cash, obviously).

From the unhinged opening set-piece it’s clear the weight of expectation has done little to temper Gunn’s virtuosic sense of style. We catch up with Star Lord, Gamora, Drax, Rocket and Baby Groot as they battle a multi-limbed extraterrestrial at the behest of a waggishly snooty civilization, the Sovereign race (image a gold-plated society of liberal elites). In a typically unconventional twist, though, the big-budget set-piece actually unfolds on the peripheries as we focus instead on an adorable Groot throwing shapes to the joyous strands of Electric Light Orchestra’s Mr. Blue Sky. It’s an irreverent, exciting, cheeky opener that not only gives Vin Diesel’s rambunctious sapling a chance to strut his stuff but also instantly signals that the Guardians have lost absolutely none of their inventive wit and that the soundtrack will be yet another ear-worming shot of nostalgia.

Most refreshingly, Gunn subverts the standard sequel formula of bigger = better, instead opting to delve even deeper into the fractured pasts of his heroes. Key to Vol. 1’s extraordinary success was the way Gunn took a group of self-destructive loners and gradually brought them together into a strong, albeit incredibly dysfunctional, family unit. The F word rears its head again here as Gunn uses the team’s traumatic childhoods to pull them apart. Almost every character has some kind of daddy, mummy or sister issue, chiefly Chris Pratt’s Peter Quill who finally comes face-to-face with his real father Ego, a living planet who’s wisely chosen to take the human form of a bearded Kurt Russell. The emotional tug of war Quill experiences in choosing between his biological father and adopted-dad, ostracised Ravager Yondu (Michael Rooker), forms the gooey core of the movie and leads to an heart-wrenching finale that would make even a genetically-engineered raccoon shed a tear.

It’s not just the established crew who prosper, though; the new recruits are given ample room to make an impression, too. By far the most entertaining new addition is Ego’s bug-faced assistant Mantis (Pom Kelmentieff), a socially-awakward empath who strikes up a sweetly comical double act with Dave Bautista’s uber-literal Drax. Nebula (Karen Gillan), too, is handed an expanded role this time out, which explores the painful history that fuels her murderous hatred of her family. Only Ego feels like an outlier. That’s not to say Russell’s performance isn’t up to scratch – he certainly brings a twinkling charisma to the role – but he’s one of the few characters lacking in meaty subtext. Perhaps that’s to be expected given he’s nominally destined to be driven by his own self-interest, but it means that Ego remains coldly – and oddly – detached from the rest of the cast, a fact which threatens to derail the movie at it’s most crucial junctures.

With such a strong collection of characters, it’s frustrating to see them kept apart for much of the movie’s runtime. In one of Gunn’s few false steps, he opts to split the Guardians into two groups as Quill, Gamora and Drax head out to learn the truth about why Ego abandoned his son on Earth; meanwhile Rocket, Groot and Nebula stay behind and get sidetracked by a spiritless Ravager mutiny plot. These new combinations work well enough, but it leaves the Guardians marooned on separate ends of the galaxy essentially twiddling their thumbs until circumstances conspire to bring them back together again. Because of this lack of agency, when the curtain does finally fall, the big reveal is wholly unsatisfying – an issue not helped by Gunn’s inability to avoid the scourge of the throwaway villain. As a result, the movie’s climatic action can’t help but become the same deluge of greenscreen that seems to blight every Marvel sequel.

But before the CGI completely overwhelms, Gunn wisely returns to his main characters. Vol. 2 might not be as fun or fresh as the original, and it’s certainly far from the perfect movie, but it remains a unique, unashamedly weird franchise that’s powered by the genuinely heartfelt emotions this motley crew of misfits engender in all of us.

Scene Stealer: The ski jump, The Spy Who Loved Me