by Tom Baker
in Reviews

Between the higher-minded Oscar-winners such as Call Me By Your Name and Moonlight, and the crowd-pleasing likes of this year’s Love, Simon, the past few years have seen representation of gay relationships in movies comes along leaps and bounds. It’s being held to these standards that make the likes of slighter efforts such as Ideal Home pale in comparison.

Written and directed by Andrew Fleming (The Craft, Hamlet 2) and partially inspired by his own experiences, Ideal Home stars Paul Rudd and Steve Coogan as a quarrelling couple whose lives are turned upside-down by the arrival of the latter’s long-lost grandson.

Or at least, we assume from the film’s narrative arc that the arrival of Angel (Jack Gore) is supposed to have had some seismic affair on the pair’s relationship. The truth is that the coupling of celebrity chef Erasmus (Coogan) and his producer/live-in beau Paul (Rudd) already appears to be on shaky ground when we meet them.

The particulars of their relationship are only lightly sketched when the kid comes into the picture, and they don’t develop any degree of shading as he sticks around.

Coogan and Rudd are talented, charismatic comic presences, enough that Erasmus and Paul are almost always entertaining to watch. However, the sexuality of the characters provides the punchline for almost every single joke in the movie, something which feels of a bygone, less tolerant era.

Most of the gags land with a thud regardless, although Paul commenting that the sight of the more effeminate Erasmus on horseback is akin to “like a gay Butch Cassidy…but not butch” is enough to elicit a light chuckle. Meanwhile running gags concerning Angel’s insistence on eating Taco Bell for breakfast, lunch and dinner — leaving his foodie adoptive dads aghast — are cute at first, but fail to develop.

Similarly, his dad’s temporary imprisonment adds nothing more than a ticking clock for his eventual separation from Erasmus and Paul. A moment between Erasmus and his estranged criminal son (Jake McDorman) should have something to it, yet it’s as napkin-thin as the scenes that surround it. 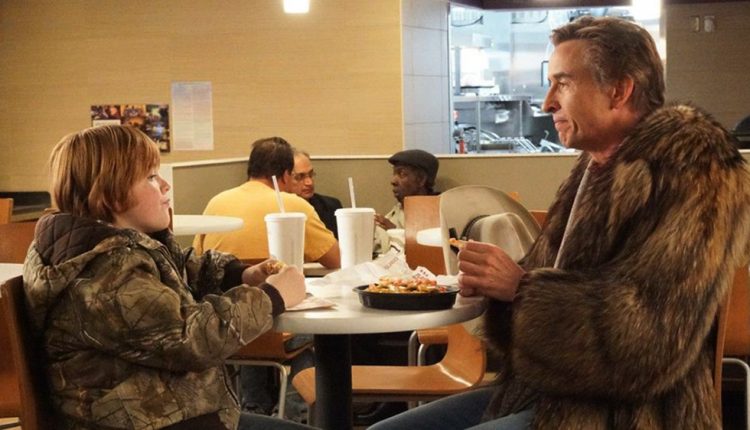 The film is simply neither funny enough to be a consistent comedy, nor weighty enough to succeed as a drama. It sits in an uneasy hinterland where the cast are never allowed to play to their strengths. This is especially a shame when Coogan and Rudd have proven themselves to be able dramatic as well as comic presences, with the former’s appearance in Philomena (2013), which he also wrote, being particularly revelatory.

Much as the centring of a gay couple (albeit one played by straight actors) in such a story is somewhat novel, Fleming’s script is entirely by-the-numbers. The broad arc of the film’s plot — it’s not spoiling things to suggest that the appearance of Angel not only provides the couple a chance to teach an impressionable young kid about the world, but he might teach them a thing or two as well — will be obvious from the outset to all but the most cine-illiterate.

By the third act, Fleming makes the decision to rush through about four dramatic milestones in the character’s stories in a montage soundtracked by a Sufjan Stevens song (again inviting unflattering comparisons to Call Me By Your Name). It’s as if even the filmmaker himself concedes that the audience knows where it’s going, so he tries to hurry Ideal Home along to its rote conclusion before they leave.

Look, I’m not going to be the guy who tells you Paul Rudd isn’t watchable, and the uniformly competent cast and entirely passable editing, cinematography and location scouting work (the Santa Fe setting provides some pleasingly sun-kissed environs for the film to unfold in) make for a film that’s at least professionally-made and fitfully entertaining. I’m just not sure I can say much more for it than that.

Ideal Home will be released in cinemas and on digital download July 6 2018.