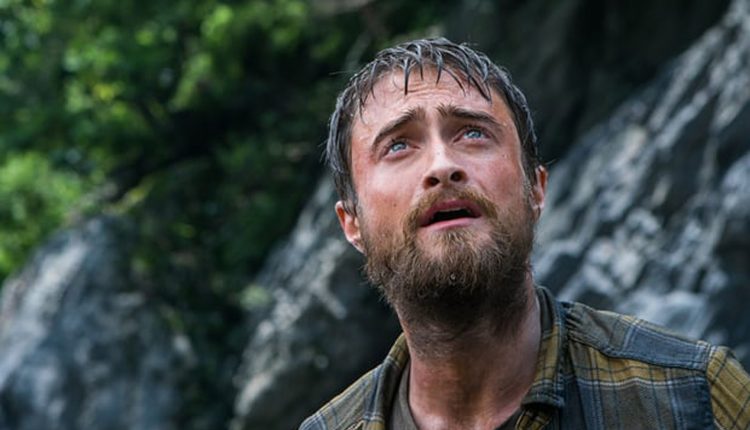 Daniel Radcliffe is making a name for himself within the indie scene, its one thing to support independent film with your talents but the scripts aren’t always the greatest, none more so than this based on a true story of one man’s survival after being separated from his group and stranded in the Amazonian Jungle.

During the 80’s, Radcliffe’s eager-eyed and somewhat naive Yossi Ghinsberg immerses himself in a backpacking adventure, whilst taking some time out before heading off to University. Whilst bumbling through the streets of Bolivia, he encounters and tags along with fellow wonderers American photographer, Kevin (Alex Russell) and the ever-cautious teacher Marcus (Joel Jackson) but after meeting with the charming yet mysterious stranger Karl (Thomas Kretschmann), who fills his head with the magical wonders of the Amazonian Jungle, he eagerly persuades his newly found friends to head out on an expedition with this total stranger.

As the four men head deep into the jungle with Karl reeling off one clichéd phrase after another boiling down to how insignificant the human life form is compared to their surroundings, nerves are frayed and the urge to tolerate his spiel becomes a little too much climaxing, in the fateful separation of the group after Marcus becomes injured, spiralling through a nightmarish battle for Yossi to come out the other side in one piece.

Set in the glorious greenery of the scenic jungle, the only positive element, the messy plot figures in the four individuals, but it’s only Radcliffe, shirking of his former Potter years, that matters to the story as he takes centre stage as Yossi, meandering through the jungle in circles and frustration, with malnutrition setting in he begins to hallucinate, whilst pulling out a warm from under the skin on his forehead reminiscent of those viral blackhead removal video’s people find quite satisfying.

Wolf Creek director, Greg McLean ponders on the script, dragging and stretching each painfully dull scene through a wormhole of time which can only be at a standstill as the narrative is built clumsily, and heavy-handed to heighten expectations only to fall flat on its arrival. The longing for a crocodile or some man-eating creature to raise its head and devour at least one of its prey is fierce but with the anticipation broken, disappointment sets in like gangrene.