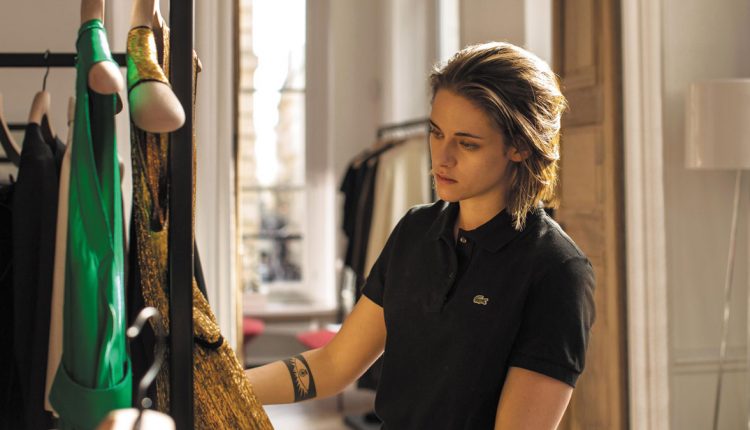 From Johnny Mnemonic (1995) to eXistenZ (1999), the ’90s vogue for tactile tech thrillers has now been memeified out of all context, but their warnings against the growth of simulated realities, emotional desensitisation, and the risks of digitising intimate data were often prescient, if a little hyperbolic. It took French auteur Olivier Assayas to legitimise the aesthetic, and with Demonlover (2002) and Boarding Gate (2007), he pushed into the spatial-temporal dissonances of a post-9/11, post-Y2K world, weighing the depersonalising forces of technology and globalisation against the individual’s struggle for autonomy.

Assayas’ is fascinated by the physical grid; how the corporate and economic delineation of living spaces have precipitated an unsustainable pressure on the corporeal. In Demonlover and Boarding Gate, artificial and material spaces exist in the same flattened continuity of global capitalism, and Assayas visualises the result of what happens when spaces and people are collapsed into commodities, represented as squiggly lines on a map or straight ones on a spreadsheet. Equally influenced by Chris Marker’s investigation into coding histories as videogame (Level Five, 1997), and Kiyoshi Kurosawa’s Internet horror Pulse (2001), he crafted two of the most unsettling dramas in modern cinema. With Personal Shopper, he’s made a third.

Maureen (Kristen Stewart) is an American in Paris, working by day as the personal shopper to haughty celeb model Kyra (Nora von Waldstätten), and by night resuming solitude in the home of her late twin brother, Lewis. After months of creaking floorboards and gushing taps, Maureen suddenly encounters a banshee spirit – seen first as roaming effluvia, and then a translucent, convulsing figure. She flees to an assignment in London, but when threatening text messages start to appear from an unknown number, she’s forced to question whether this new stalker is spectral or an altogether more palpable evil…

Intriguingly, Personal Shopper both illuminates and further obfuscates the themes of Assayas’ earlier work. The physical grid is smudged by an immersion into Maureen’s grief-stricken pov – her entire trip to London is spent glued to her iPhone, and so the city becomes a horizontal blur in permanent shallow focus. Even in Paris, as she rides her moped from boutique to apartment to home, Maureen is floating through space with little attention paid to its topography or citizens. She’s waiting for a sign from some world beyond this one, and as such she’s also suspended in time, between her objective and its outcome.

Another major change is the source of distress. In this film, the pressures to the corporeal come from an undefined dimension, from an emotional void carved by internal forces. “I never see her,” Maureen explains of her routine with Kyra. “We leave each other letters.” This simple line of dialogue establishes a chain of relationships marked by absence – not only Lewis and Kyra (what’s the difference between searching for a ghost and buying clothes for a person you never see?), but Gary, the boyfriend she can only touch via a computer screen (he’s in Oman; they Skype). Maureen bends her life, her entire somatic and psychological being around surrogates, permanently denied physical contact with anyone; even her stalker.

With these elements, even more so than in Clouds of Sils Maria (2014), Assayas has located the perfect vehicle for his star. A deeply interior actress, Stewart’s gift is her preternatural ability to both absorb and project unknowability, becoming character and cipher at once; sometimes in the same scene. And as a director, at least in this aesthetic mode, Assayas is an indelible creator of haptic images, combining visual and aural textures to locate a sensation of skin-on-skin contact between screen and spectator. Ghosts are the perfect subject for his cinema, especially when they remain imperceptible, existing as shudders of light or a thinly dispersed vapour. Through subtle manipulations to the width, depth, and texture of a shot, its negative space can suddenly become the focal point of interest, suggesting a presence beyond the boundaries of a newly elasticised frame. Crucially, he also provides characters with professions and tasks which appeal to the sense of touch – Lewis was a carpenter, while Maureen handles fabrics and jewellery, and swaps texts with her stalker via touch-screen phone (another unknowable portal). We must also ask this question: if Lewis is able to see Maureen, is he able to touch her?

Naturally, Assayas is less interested in Lewis’ limbo than Maureen’s, but by making them genetic doubles (right down to a shared heart defect), and isolating her within a shapeless, freely traversable surrounding, he suggests an intangible pathway through which their mutual distress can reverberate. Rather than a post-Earth purgatory, suspended between cerulean serenity and atramentous perdition, he renders a series of transitional spaces – hotel rooms, train carriages, Kyra’s apartment – as a limbo for the living, where Maureen’s deeply internalised grief can be subtly externalised. No matter the location, Maureen is always shot through glass or doorways to empty rooms (frames within frames), moving slowly, and Assayas allowed Stewart’s gestures to dictate the shape and length of a scene. She’s actor and réalisateur.

Personal Shopper is the best film of Assayas career; an enthralling ellipsis on his most interesting themes, but also the foreword on several new ones. In his division between the tangible and intangible worlds, their horizontal and vertical capabilities, and the merging of celluloid and digital images (he spends a good 20 minutes shooting an iPhone screen with Kodak 35mm), he’s currently cultivating a unique sound-image realm that, projected in the dark of a warm movie theatre, touches on pure transcendence.